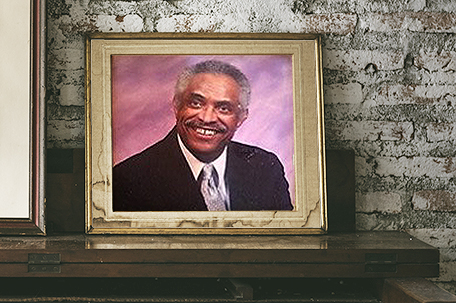 Colmore Nathaniel Duncan was born on February 6, in Philadelphia to Helene Elizabeth Duncan (née Holland) and Colmore Garfield Duncan. He was the youngest of four children, all sons (John Clifton, Henry Samuel). He was educated in the Philadelphia school system and graduated from Temple Preparatory School in 1957. He enlisted in the Army in 1958, and while serving in the Armed Forces he married his loving wife Gwendolyn Webb in 1959.

Their union produced a son, Eric later that year. After completing his period of service in 1960, Colmore later graduated from Allentown Technical Institute in 1966 and promptly started work at the Budd Company as a tool and dye technician. He later went on to work for his brother Henry in the family business, running a supermarket in his boyhood neighborhood of North Philadelphia.

Colmore also enjoyed a second career as a musician, learning to play the piano from his mother at an early age. He appeared on a national radio talent show hosted by Paul Whiteman in 1952 at the age of 16. He was highly regarded on the Philadelphia jazz scene from the 1950s on, joining the forward-thinking group The Jazz Forerunners during the mid-1960s headed by the legendary Jymie Merritt.

With The Forerunners, Colmore performed at New York’s prestigious Carnegie Hall in 1975, along with many venues in the Philadelphia area. The Forerunners appeared in a mini-documentary on National Public Radio as recently as 2016.

Merritt’s wife, Ave wrote, “Colmore Duncan took the basic conditions of Forerunner that he learned from Jymie Merritt and over a period of decades examined, mastered, and clarified these conditions. His uncompromising investigation of the Forerunner concept led him to create music as a performer and composer that was uniquely his own.

Further, his solid understanding of the conditions of Forerunner provided grounding, direction, and inspiration for all the Forerunner bands that were fortunate enough to have him at the keyboards. Colmore was incomparable as a person and an artist, and he will be sorely missed.”

Colmore lived happily with Gwendolyn, his wife of nearly 60 years in their home in Mt. Airy before going to join the Lord on January 10, 2019. They were active members of Reformation Lutheran Church for over 21 years. He served in the Men’s Ministry at Reformation and received the “Man of the Year” award in 2018. He is survived by his wife Gwendolyn, his son Eric Sr., daughter-in-law Latasha, a grandson Eric Jr., and a host of nieces, nephews and friends.

A memorial service celebrating Colmore’s life and music will be held on Saturday, February 2, 2019, at 11 am, at Reformation Lutheran Church, 1215 E. Vernon Road, in the Mt. Airy section of Philadelphia.