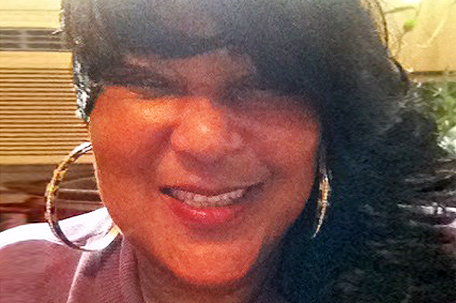 Belinda “Baheejah” Hammie was born to Valda and Bernard Montgomery on October 13, 1953 in Philadelphia, PA.   She graduated from South Philadelphia High School in June 1972.   She married Harold Michael Hammie in 1974 where Shahada took place, this union produced their son Tarik M. Hammie on April 14, 1975.

Belinda enjoyed various things in life she began her work career at John Wanamaker’s department store to satisfy her thirst for fashion.  She also enjoyed making a difference with education she became a student aid at Temple University, then at Greenfield Elementary School. She later accepted an administrative position at Glaxo-Smithkline pharmaceutical company.  Being in corporate America led to a music position at Universal Records in the Promotions Department. Belinda had a strong passion for movies, music and entertainment.    Belinda graduated from John Robert Powers Modeling/Acting School and also attended the Freedom Theater.  She always had a desire to become a “big time” actress and model in Hollywood, California.

In addition to her husband, Ms. Hammie is survived by two sisters, Deborah and Tonya Montgomery; and two brothers, Bernard and Yancy Montgomery.  She also leaves a host of nieces and nephews including her most beloved granddaughter Malaka E. Hammie born on April 16, 2002.