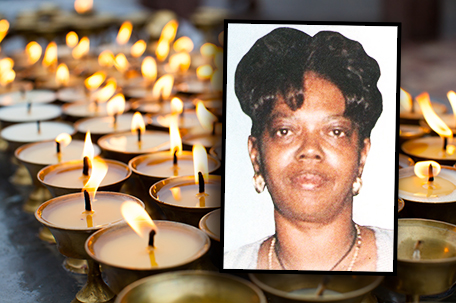 Funeral services for Barbara Ann Johnson, co-founder/managing editor of the Westside Weekly, were held on Friday, February 24, 2017, 9-11AM at Bethany Baptist Church, 5747 Warrington Avenue, Philadelphia, PA 19143.  Intermentl followed at Rolling Green Memorial Park. The wife of Westside Weekly Publisher Tyree Johnson, died on Saturday, February 18, 2017, at 11 AM in Mercy Fitzgerald Hospital in Darby, Delaware County, Pennsylvania after a long illness.  She was 69.

Mrs. Johnson was the daughter of Rosa B. Small born on June 7, 1947 in Florence, South Carolina where she spent her first nine years. Later, she moved to Philadelphia, Pennsylvania to be with her mother and the man she would call “father,” John T. Young, Sr., who loved and treated Barbara as his own daughter. She became the big sister in the family that included three brothers, John (Chuckie) Jr., Herb, Michael and sister, Jacqueline.

In May of 1966, Barbara’s life took a dramatic turn. In her diary, she wrote that she had met a young man and indicated, “he’s the ONE!”  So one Sunday in May, she went to the church across from her Catharine Street home and sat on the side that this young man was ushering. He didn’t stand any chance of avoiding her. She wore a bright yellow dress and batted those big pretty, brown eyes and flashed an alluring smile that got his attention… and her church donation.

Seven months later, Tyree Johnson asked her hunter-fisherman father for his “chicken-frying” daughter’s hand in marriage. They exchanged their vows on November 19, 1966 in Sayers United Methodist Church 61st & Catharine Streets. From this union, three children were born: Tyree III, Tyra Elizabeth and Troy Louis. Later in their lives, the couple would raise three grandchildren: Tyree IV, Tyra A. and Tashawn Malia. You can also add Tyree’s favorite son, Tubby, the family’s loyal dog who spent 12 wonderful years in their home.

In the early years, Mrs. Johnson worked as a waitress in two restaurants in West Philly, while Mr. Johnson pursued a career as a journalist for the next 18 years at the Philadelphia Daily News and as a member of KYW-TV3’s I-Team under chief investigator Tony Lame.

Mrs. Johnson was also an avid dancer. She and her Bop partner, Reggie Farrare, would win a number of dance contests as they moved smoothly around the floor. Barbara also taught line dancing at the Cobbs Creek Recreation Center and at the Christian Compassion Community Center.

Mrs. Johnson supported Tyree when he was active and the president of the Philadelphia Association of Black Journalists. She hand-made the group’s first banner and worked in the kitchen at its outdoor parties.

In 1989, the Johnsons took another risky venture and became owners of a community newspaper, the Westside Weekly. Barbara worked side-by-side with Tyree and even sold dinners and held house card parties to keep the new business afloat during its formative years. Mrs. Johnson loved the newspaper and was the driving force in making sure advertisers paid up.

Some time in 2010, Barbara’s life took another dramatic turn. Sitting at a table while eating and watching TV, she dropped her fork. She was having a mild stroke. She quit smoking that was a habit started some 40 years earlier. But this episode initiated a downward spiral of decreasing health, numerous hospitalizations and a lot of tears. The end came when angels summoned her to another life, a better life, on February 18, 2017.