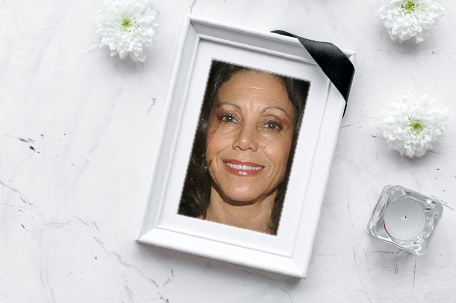 Iris Chew was born on March 2, 1951 in Philadelphia, daughter of the late Edward D. Chew, Sr. and Dorris Chew. She was the elder sister of Edward Dillion Chew, Jr., Esq. and Michelle Chew and proud mother of Jonas Abney and grandmother of Willow Abney.

Her elementary and secondary education occurred at Greenfield Elementary, (formerly City Center) Masterman and The Philadelphia High School for Girls. Iris attended Wagner University in New York and earned a master’s degree in psychology and juris doctorate from Villanova University. Her academic accomplishments also include earning a master’s degree in Psychiatric Nursing from Hahnemann University. The majority of her career was devoted to working in the behavioral health field. She was a devout Christian who grew up as an Episcopalian, beginning Sunday School at St. Luke’s Church of Germantown.  Iris’s strong faith inspired her to pray for the well- being of others.  “My mother Iris was a kind, caring and spiritual woman who cared deeply about people, especially the mentally ill and homeless, for whom she worked tirelessly,” her son, Jonas Abney, said. “My mother Iris was always ready and willing to pray for a person in distress. She had strong faith in Christ and tried to live in his word in the final days of her life. She was beautiful on the inside and out, with a beautiful, loving face and honest, kind soul.”

Throughout her life, Iris was an effervescent, fun-loving individual. Her mother organized a club for young girl’s called Le Jeune Filles which later became known as Club Chanel. This experience established lifelong friendships for many of those little girls. Iris enjoyed being a member of Jack and Jill of America, Inc., Philadelphia Chapter. Her grandmother, the late Virginia Ramsey Chew, was a charter member of the organization. Iris loved life and lived it to the fullest. She enjoyed the theater, often traveling to New York to see Broadway shows with her son Jonas.  They enjoyed “Les Misérables,” “Kiss of the Spider Woman,” “Hamlet” and more.

Like her mother Dorris, Iris was a huge fan of Frank Sinatra and could often be found listening to “Fridays with Frank.” She celebrated life every day and “Did it Her Way.” Her laughter was contagious. She was the life of the party and never missed “The Back in the Day Picnic,” sipping champagne with friends and made a fashion statement with her vintage hats. She celebrated her recent birthday with close friends and was thrilled to do so.

Iris passed away peacefully at her home following a lengthy illness. She was a true fighter and will be remembered as a gallant cancer survivor and advocate. Iris left a legacy of love, strength and compassion. She will be remembered as an intelligent free spirit. She was beautiful inwardly and outwardly. She will be greatly missed, but will always remain in the many hearts she touched.  Iris is survived by her mother Dorris Chew, son Jonas Abney, granddaughter Willow Abney, brother Edward Dillion Chew, Jr. Esq., sister Michelle Chew nieces Courtney Etheredge and Kelly Brown Vaughn. Iris is also survived by her Aunt Sherlane Chew, cousins Charles H. Chew, IV, Joanne Eve, Dr. Ramsey Chew, Jr., Deborah M. Chew James, Diane Chew Bowser, Pamela Chew Williams and James Chew. She was preceded in death by her cousin, Dr. Michael Chew.

Iris will be missed by many, many friends.

Memorial services are pending, due to the current world health crisis.