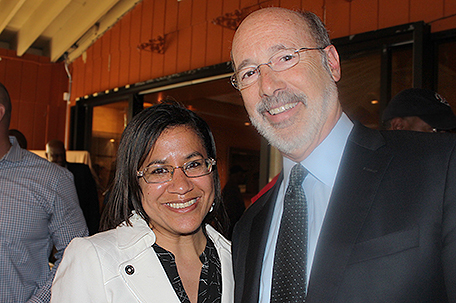 During Tuesday’s Pennsylvania Primary, Lt. Gov. Mike Stack found himself on the outside looking in for November’s general election.

To be honest, Lt. Gov. Mike Stack should have known that Tuesday’s Pennsylvania Primary wasn’t going to end well for him.

He was facing challengers from his Philadelphia backyard in the form of former Deputy Mayor Nina Ahmad, Chester County Commissioner Kathleen Cozzone and Montgomery County banker and insurance agent  Ray Sosa. He also faced a challenge from across the state in the person of John Fetterman, the popular mayor of Braddock, Pennsylvania who first gained prominence in a 2016 U.S. Senate run.

But the biggest headwind Stack was facing probably came in the form of the man that he ran with four years ago, Gov. Tom Wolf. Wolf, who was running unopposed in Tuesday’s primary, didn’t endorse Stack’s re-election.

In fact, he decided to leave the fate of Stack —- whom Wolf had had investigated by the Inspector General once allegations that he and his wife Tonya were being verbally abusive to staffers —- completely up to the voters.

“The people are going to have to make that decision,” Wolf said. “There are a lot of good candidates running and the Lieutenant Governor is elected separately from the Governor here in Pennsylvania.” 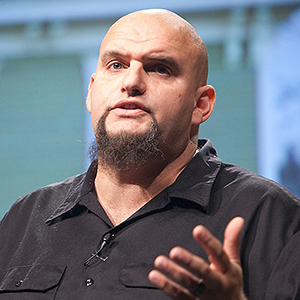 In the end, the voters decided to make Fetterman Wolf’s running mate as he goes for a second term. Fetterman won handily, with Ahmad coming in second and Cozzone third. Stack came in a distant fourth.

At his Election Night party in a Northeast Philadelphia restaurant, Stack thanked his family and supporters.

He was also philosophical about his tenure as Lieutenant Governor and his desire to make the most of the time he has left in the office.

“People make jokes about the Lieutenant Governor’s office,” Stack said, “But it’s a special and important job and I’ve been honored to do it. All anyone can ask in public service is for the chance to make a difference.” 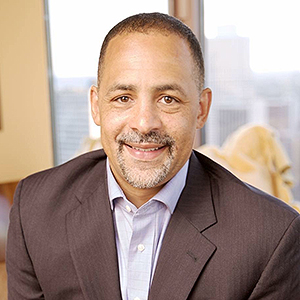 But while Fetterman’s win and the new team it creates for the Democrats took center stage, Tuesday’s primary also signaled the rise of a New Philadelphia that might not observe the established rules.

Picking the next governor