No Hate In Our State? 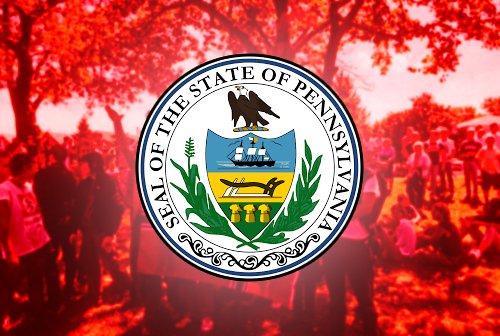 While a new FBI report says that bias crimes took a slight dip in 2018, the Pennsylvania Human Relations Commission says that these numbers don’t tell the whole story.

During last Thursday’s Philadelphia City Council meeting, Council voted to amend the city’s Hate Crime statutes to increase the number of eligible crimes under the law and to provide additional penalties for these crimes.

The idea behind adding new crimes to the statute and increasing the penalties attached to them is to provide a level of protection for those who are being victimized, Councilman Curtis Jones said.

At a time when people feel emboldened enough to harass or injure people as they do such things as going to a swimming pool, going to school or going to the gas station, making sure that the city’s hate crime statues are strong is important, he said.

“These kinds of crimes are based on religion or race and can effect a person’s housing, and public accommodations,” Jones said. “While you can’t legislate behavior, you can make sure that people know that the behavior is illegal and that they’re committing a crime.”

There were probably more than a few people who wondered why this particular bill came through City Council in a place like Philadelphia, a place whose Human Relations Commission is renowned for its work.

But a report issued by the FBI last week, showed that it might be time for a lot of places to spell out what a hate crime is more clearly.

According to the new report, hate or bias crimes themselves went down in 2018. But the bad news was that violent crimes committed against individuals — crimes like assault, intimidation and homicide — went up. Among the crimes listed is the Tree of Life synagogue shootings in Pittsburgh.

If you’re confused about the state of hate in America, you probably should be, said Chad Dion Lassiter, executive director for the Pennsylvania Human Relations Commission. Knowing exactly how much of this type of crime is going on is hard to track due to the people responsible for reporting it, he said.

“Here in Pennsylvania, law enforcement will look at certain things as a crime, but not as a hate crime, despite the targeting of a protected class,” Lassiter said. “We train various  law enforcement agencies to see these crimes through the prism of ethnic intimidation, because while the act itself may be criminal, when it’s done because of racial or ethnic bias, it’s a hate crime.”

There’s also some serious underreporting going on, Lassiter said. There are almost 17,000 law enforcement agencies in the country, but less than 3,000 of them supplied the FBI with bias crime numbers. The total of 8,496 incidents reported was probably closer to 68,000, he said.

In fact, some of the numbers given made no sense, Lassiter said.

“For instance, there are 85 cities with populations over 100,000 that reported no hate crimes,” he said. “Are you kidding me?! That’s bizarre! These crimes are so underreported it’s pathetic.”

“A lot of times, people respond to the underlying offense and don’t focus on the hatred motivation as much as they should,” Lassiter continued.

In Pennsylvania, bias crimes are supposed to be reported to the State Police and the Attorney General so that the PHRC can keep accurate statistics, said Carl Summerson, a hearing examiner for the PHRC and the agency’s bias crime expert. Because there’s a lack of follow-up, there’s a perception that things are much better than they are, he said.

“We have to hold law enforcement accountable,” he said. “If no one follows up, the public thinks that you don’t care about the victimization of people in protected classes and they think that they’re on their own.”

It also doesn’t help that some of those most victimized by bias crimes these days don’t necessarily have a remedy through the state. In 2002, there was an attempt to add sex, ancestry and sexual orientation to the Commonwealth’s bias crimes law. But when that amendment was challenged because it was attached to a farm bill instead of voted on as its own separate entity, the Commonwealth’s Supreme Court stuck the amendment down.

But while bias crimes themselves have been underreported, so have the remedies available to citizens, Summerson said. If you’ve been a victim of a bias crime, you can do more than press criminal charges, he said.

“The Ethnic Intimidation statute has civil remedies that a lot of lawyers and people don’t know about,” he said. “You can seek damages for mental anguish as well as general damages if something like a cross is burned in front of your house. You can get general and punitive damages.”

Because Pennsylvania has been in the top 10 for organized hate groups according to the Southern Poverty Law Center,  for years, the PHRC has the No Hate In Our State program, which gives municipalities experiencing bias incidents the assets they need to bring communities together that have been pulled apart.

In spite of the FBI numbers, the importance of the work can’t be understated, Lassiter said. At a time when the president of the United States is being embraced by White supremacists and the country is splitting up on all sides, those who want an America where all are welcomed are going to need all the help they can get, he said.

“The work is more crucial and essential than ever before,” he said.