New members of the Phila. NAACP executivecommittee and youth chair sworn in for 2019 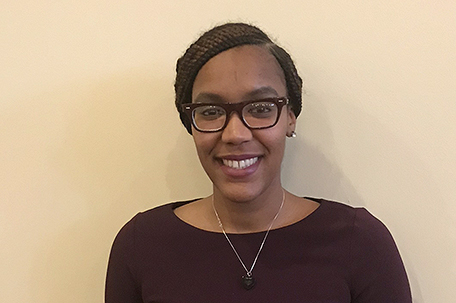 The Philadelphia Chapter of the NAACP gathered on Sunday, February 3, 2019 at St. Jude Baptist Church to recharge and renew its front lines. Surrounded by family and friends, new members of the executive committee swore their oath to the fight of injustice in Philadelphia, America, and the world. Young and old gathered to join the fight alongside Philadelphia NAACP president Minister Rodney Muhammad, who delivered a dynamic message rising to face the challenges today.

As the NAACP celebrates its 110th anniversary this year, President Muhammad charged the newly inducted officers, members, and non-members to remember the many mountains that were faced and defeated. Honorable mentions included many civic and community leaders, such as Councilwoman Jannie L. Blackwell, who provided the greeting and installed the officers. An elaborate and riveting history of the Philadelphia  branch NAACP was delivered by Rochelle Bilal, who is currently serving as the chapter’s secretary and is also running for the position of Philadelphia Sheriff. St. Jude Baptist Church’s pastor Cleveland M. Edwards, Jr. called the service to order, and the church choir provided musical selections that included “Amazing Grace” and “Lift Every Voice and Sing.” Minister Muhammad charged that we be like the characters mentioned in the Bible, and rise up to fight the giants with God on our side in these times of government shut downs, border control, and police brutality. The fight is still on, and the NAACP intends on being one of the leaders of today, just as it has been for the past 110 years.

As the newly elected youth chair, the moment was surreal for me. Moving to Philadelphia with a heart and mind to serve, I found out the youth chair position was available, so I decided to put my hat in the ring. The youth co-chair and I are both excited to be led by the wisdom of President Muhammad, Ms. Rochelle Bilal, Ms. Shirley Jordan, and many other elders in the fight. Together we intend to further the mission to “defend the weak and the fatherless; uphold the cause of the poor and the oppressed. Rescue the weak and the needy; deliver them from the hand of the wicked” (Proverbs 23:3-4) and slay while doing it!

With all the new energy in the room, it is certain that many more great things shall be expected! I am challenging other young people to join the fight alongside us. Parents, teachers, preachers, and everyone, please encourage our young people to lend a hand in this fight. We need them to understand that the fight is ours and we must activate our fresh passion with the wisdom of our elders. Rev. Dr. Martin Luther King Jr. was 25 when he led the boycott. Fred Hampton was 20 when he became chairman of the Black Panther Party. Kenyada Posey will be the first Black U.S. senator to represent Pennsylvania at 35. Yes, I predicted that!

So, if you are a young person who is passionate and have something to say, please join us on March 2, 2019 at 1pm at our office, located at 4458-B Germantown Avenue. For those who qualify, the NAACP will sponsor your membership cost. For more information, please email [email protected]