A New DA Is Chosen 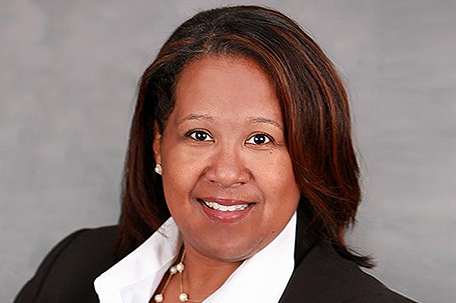 Kelley Hodge becomes the first Black woman to lead the Philadelphia District Attorney’s office. In winning the appointment, she stops the retun of  former District Attorney Lynne Abraham to the office.

On Thursday night, the Board of Judges voted to make Kelley Hodge the  City’s new District Attorney.

Williams resigned from the post as part of his guilty plea to federal bribery charges on June 18. He is currently awaiting sentencing on those charges in the Federal Prison at 7th and Arch Streets. He faces five years in jail for his crimes in addition to a variety of fines and penalties.

She bested Assistant Distict Attorney  John Delaney to win the post by a vote of 43-38. The decision required three rounds of voting and took a little more than a hour. Hodge will serve as DA until January 2018 and cannot run in the November General Election for the office.

Hodge, who was one of 13 candidates for the office, was an assistant district attorney for eight years, serving under Williams and former District Attorney Lynne Abraham. She was also the Safe Schools Advocate under Gov. Tom Corbett.

Current acting District Attorney Kathleen Martin withdrew her name from consideration on Wednesday night and threw her support to Delaney.

But the name that seemed to draw the most interest of the 13 was Abraham’s.

Groups advocating criminal justice reform rose to oppose her nomination, calling on the Board of Judges not to allow Abraham to add more time to her 20-year-legacy, saying that she could do more than all the damage with six months to work with.

Last weekend, the Philadelphia NAACP held a news conference calling on Abraham to remove her name from consideration for the post.

Abraham’s attitude toward Blacks in general, and one Black woman in particular, formed Muhammad’s reasoning for his opposition. The irony is, the woman he singled out is Judge Fredericka Messiah Jackson, the justice overseeing the selection process. Abraham’s opposition led to Messiah Jackson being denied an appointment to the Federal bench.

“She accused Messiah Jackson of being partial to criminals and against the police, so she denied the chance to become the first African American woman on the federal court,” Muhammad said. “What’s funny is that she says that 85 percent of the crime is committed by Blacks, so she’s not so impartial herself.”

“Six months is more than enough time for her to do some serious damage to the public,” Muhammad continued. “We can expect that there will be no chance of the DA’s office looking at cases of excessive force and police abuse if she’s in charge.”

Attorney/activist Michael Coard had even harsher words regarding the possibility of Abraham’s return to the District Attorney’s office. Coard had taken to social media, his weekly column in the Philadelphia Tribune and anywhere else he can think of to encourage Philadelphians to call these judges and make their voices heard.

The woman who wouldn’t prosecute Police Officer Charles DiPasquale for murder in the shooting death of Donta Dawson has no business running the DA’s office, Coard said.

“This would be a return to the [Frank] Rizzo days,” he said. “Rizzo gave her the title of “tough cookie” and she wears it like a badge of honor. We would get the same policy toward prosecution that we had under Seth Williams because he was simply mimicking what he saw from ‘Mama Lynne”.

In response, Abraham said that she wasn’t going to take her name out of the running because she felt she was the only one that could right the ship in the DA’s office.

But unlike 26 years ago when a similar Board of Judges of the Court of Common Pleas conclave voted to put Abraham in the DA’s office when then-DA Ron Castille decided to run for mayor, the vote wasn’t on Abraham’s side.

In a statement issued after the vote, the District Attorney’s office congratulated it’s new leader.

“The Philadelphia District Attorney’s Office congratulates Interim District Attorney Hodge on her appointment,” the statement read. “We are excited to welcome her back to the Office, and we look forward to working with her throughout her term in office.”

A date has not been set for Hodge to begin her new duties in the office.

Either Democrat Larry Krasner or Republican Beth Grossman will become the next District Attorney when elections are held in ected in November.