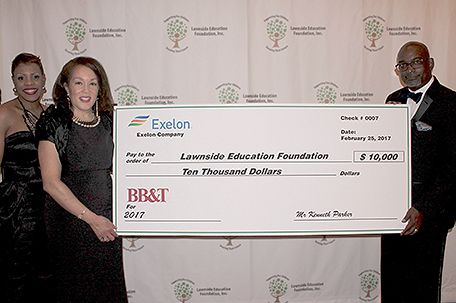 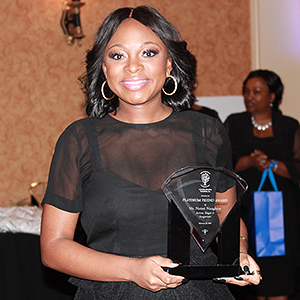 Despite the dreary downpour last Saturday night, folks came out in droves to the Merion Resort in Cinnaminson, NJ to raise money for a great educational cause at the Lawnside Education Foundation, Inc’s. had their Seventh Annual Dinner Dance and Silent Auction. Education advocates showed up in their finest to celebrate the importance of a quality education.  The Lawnside Education Foundation seeks to raise money to help benefit students grades K-8, with a strong emphasis on literature.  Some of their main goals include academic enrichment, community based social events, school renovations, and technology upgrades.

Among honorees of the night was the sweet and amiable Naturi Naughton, recipient of this year’s NAACP Award for Best Supporting Actress in a Drama Series for her role as Tasha ST. Patrick in Starz’ hit TV show “Power.”  The New Jersey native’s father explained she was fresh off the plane from the Image Awards in California.  She was honored as a Platinum Level Donor by the Lawnside Education Foundation and received citations and gifts from the Mayor of Lawnside, the Lawnside school district, and the Camden County East chapter of the NAACP.

The biggest surprise came when she was honored with a one-of-a-kind letterman sweater embossed with Lawnside’s logo.  Naughton is not just a thespian, but a former member of girl group 3LW and an advocate for education, her speech she explained how important it is for youth to be able to express themselves and grow through proper instruction especially in today’s trying times.  A graduate of New Jersey’s public school system and Seton Hall University, she studied political science, yet saw an opportunity to showcase her voice on a larger scale through entertainment.  Naughton has used this platform to volunteer her time, money and stardom to philanthropic causes. 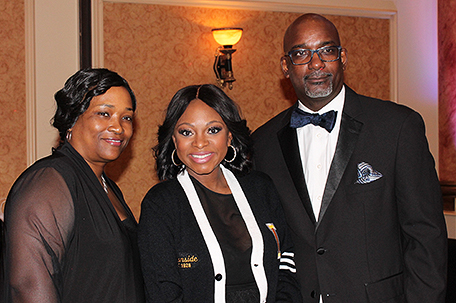 The audience was entertained by celebrity emcee Jennifer Lewis-Hall of PHL17’s Morning News, Eye Opener, and In Focus.  The program consisted of an awards program, along with dinner and music by a DJ dead set on getting everyone on the dancefloor at least one time that night.  Door prizes and raffles were won as everyone walked away with a little something courtesy of the gala.  As one of the evenings highlights, Dr. Sandra G. Strothers, President of the Lawnside Education Foundation was presented with a $10,000 check on behalf of Exelon Energy Company.

Power in Education, providing a second chance for our youth