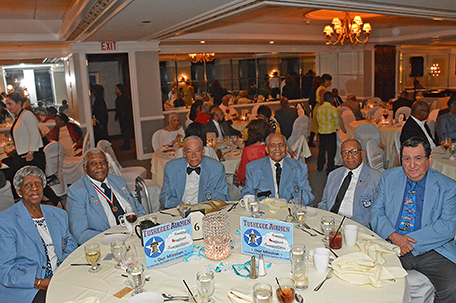 “The mission of the NMA Ophthalmology section is to end debilitating eye disease and blindness, especially in underserved communities, in order to eliminate inequalities in eye care.  In like mindedness, I desire to serve my local community and abroad via advocacy for my profession, skillful and compassionate care of my patients, training and mentoring or resident physicians and students, and remaining a consistent voice in the fight to gain equal and high-quality eye care for all,” said Dr. Chasidy D. Singleton, Chair, NMA Ophthalmology section.

I was thrilled to attend one of the association’s multi- day events, the “White Winter Gala in July,” as the guest of Scarborough Ramsey.  The enjoyable event provided guests with a spectacular view of the city from the 52nd floor of  The Pyramid Club in Center City. Scarborough Ramsey said, “We were very excited for Philadelphia to be host city for the convention, having met in Los Angeles, CA last summer and heading to Orlando, FL next year. It was great to be home and support local vendors and businesses in our city.” 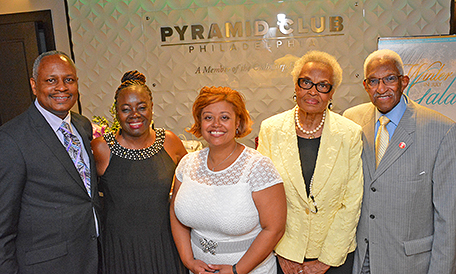 The evening started with a cocktail reception where the Philadelphia Chapter of the Tuskegee Airmen graciously autographed beautiful color photographs and spoke with excited guests. Tuskegee Airmen in attendance, and looking exceptional in their official attire, were Eugene Richardson, Vincent Mallory, Nathan Thomas, Alma Bailey, R.N. and Pierce “Ted” Ramsey. The local heroes each received “The Military History Award” later during the program.

Following the reception, we were seated for a dinner program and a delightful cello selection by Dr. Singleton. Her performance was followed by another amazing performance by master harmonica player Deacon Pitts. Pitts, who began playing the harmonica at age six and is now an energetic octogenarian, received a standing ovation for his moving rendition of “Lift Every Voice and Sing.” 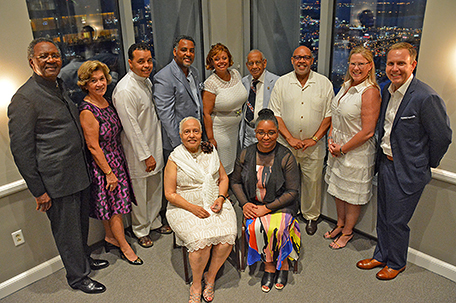 Dr. Singleton began attending the NMA Ophthalmology section meeting as a Rabb-Venable participant in 2002 in Philadelphia during her ophthalmology residency.  She humbly and enthusiastically added, “Now, 15 years later, I am the chair of the entire section. “

Dr. Keith Carter, President, Professor of Opthamology and the American Academy of Opthamology was the recipient of the 2017 “Leadership Award.” Past NMA Opthamology section chairs were also recognized for their numerous contributions. 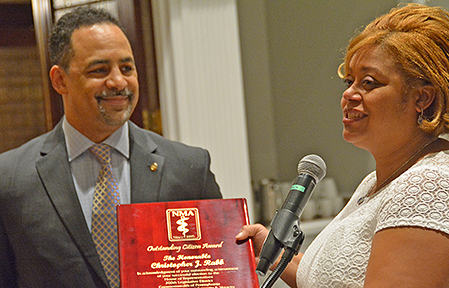 Other highlights of the evening included entertainment by keyboard musician Les Brown during the cocktail reception, dancing to great tunes by DJ Julius Brown, and terrific electronic giveaways.

It was a terrific evening and a great time to be “Around Town in Philly.” Congratulations and thank you to the National Medical Association Ophthalmology section for making our city and our community proud!