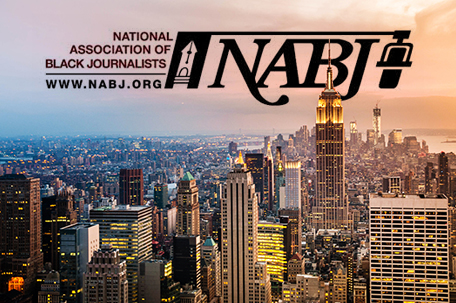 Members of the National Association of Black Journalists (NABJ) gathered in New York last weekend for the group’s 2018 Global Diversity Summit and Region One Conference.

Journalists, academics and students came from NABJ affiliate chapters in New England, the mid-Atlantic region and the DelMarVa region for sessions on how to be a better manager, how to engage communities better through social media, and the ways that the Black press continues to be relevant in the modern age.

The two-day meeting of the oldest and largest organization of journalists of color began with a day-long management program for entry-level and mid-career professionals at the City University of New York’s Graduate School of Journalism. While the future managers learned new tips, students were invited to participate in a critique of their resumes and interviews with a variety of employers including the Associated Press, Bloomberg News, NBCUniversal and the New York Times at New York University’s Arthur L. Carter Journalism Institute.

At a reception at the Bloomberg Headquarters, Regional Director Johann Calhoun introduced Dyer, who shared her story of going from a non-traditional student at the Community College of Philadelphia to White House intern, to assisting the Obamas at the White House with Bloomberg’s Karen Toulon.

Zain Ejiofor Asher,  a native of London and the daughter of African immigrants, shared a story similar to Dyer’s, a path to success that wasn’t a straight line.

After training for a career in journalism, Asher found herself working as a receptionist. Unfulfilled and determined to work in her chosen field, Asher took the initiative to create her own newsreels and clips with her own money and photographer and sent them to different television stations. This act of focused self-determination eventually led to her current position with CNN International.

Participants attended workshops throughout the day that ranged from national and international reporting — especially as it pertains to covering stories about Africa and the Caribbean and the corresponding communities here in the US — as well as a variety of training sessions that focused heavily on digital media skills needed in the changing media landscape.

Powell delivered a powerful lecture during the lunch break. During the presentation, he attempted to highlight ongoing connections to the life work of Dr. King, the final civil rights struggle he participated in and the current resurgence of community pride and fellowship surrounding the record breaking movie, “Black Panther.”

Powell also focused on the importance of Black media and its major role in shaping the most accurate narrative about African American culture and achievements throughout the world.

The conference concluded with a timely panel discussion about the #MeToo movement and how issues surrounding sexual harassment and abuse should be addressed in media workspaces. The panelists also focused on the need for news stories about the survivors of harassment and abuse to be inclusive of men and women of color.

NABJ will hold its annual national convention in Detroit in August.