Nation Building Through the Black Business Community: The Next 50 Years 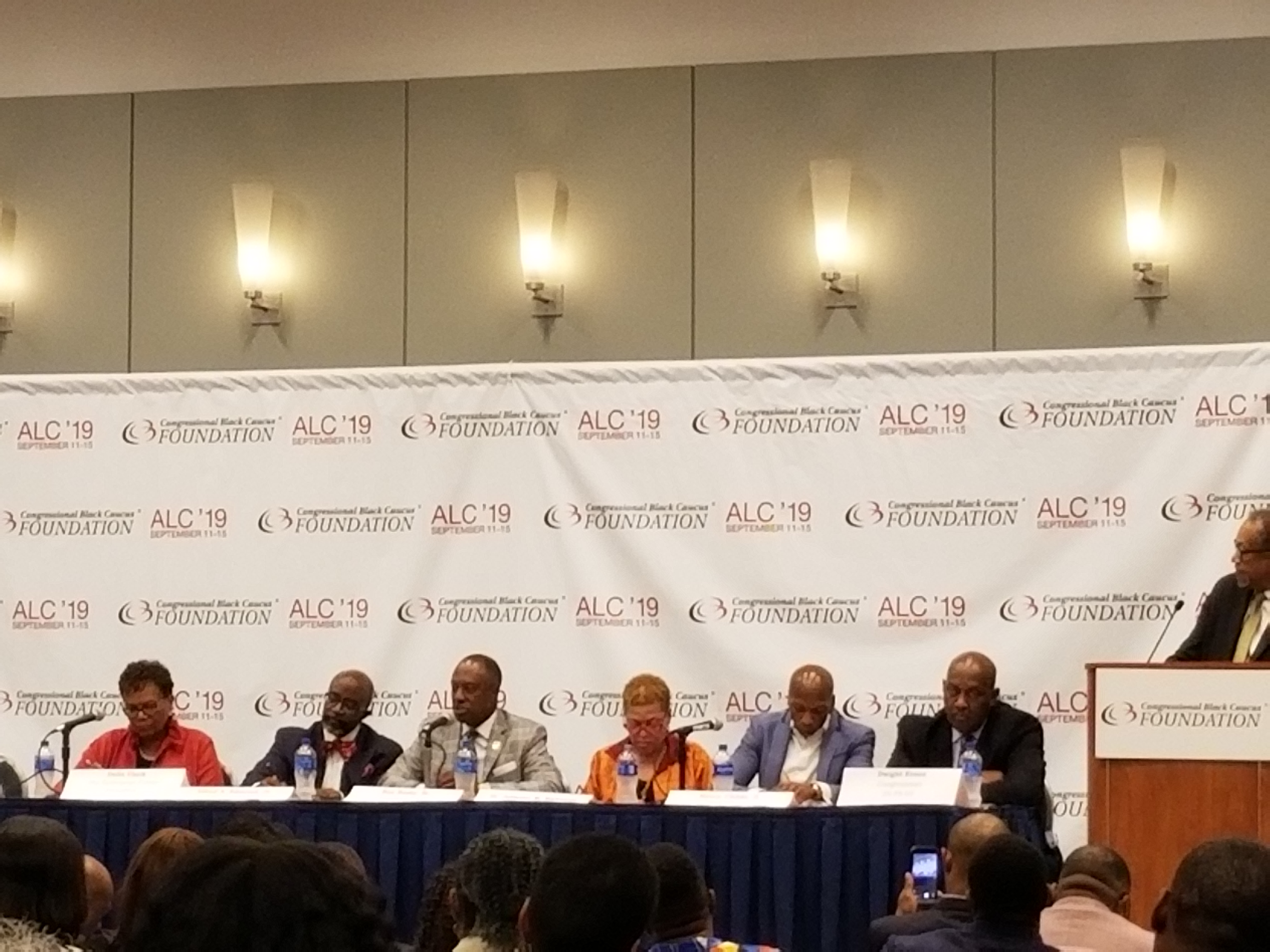 Panelists discuss the current business landscape during Rep. Evans’ panel, “Nation Building Through the Black Business Community: The Next 50 Years”

The agency’s success — and the path forward — were discussed during a session at the 49th Annual Congressional Black Caucus Foundation’s Annual Legislative Conference, which convened in Washington DC from September 11-15.

For 50 years, the Minority Business Development Agency (MBDA) has provided support to hundreds of minority firms, who currently provide nearly 6 million Americans with sustainable jobs, and who play a significant role in the national economy, wealth creation and the growth of the middle class.

President Richard Nixon established the Office of Minority Business Enterprise and the Advisory Council (which later became the Minority Business Development Agency) in 1969, which acknowledged the impact of minority businesses on the nation’s economy and overall success.

The session opened up with a discussion of how Black wealth has been addressed throughout the centuries since 1619 and the many obstacles the community has faced regarding its sustainability.

African Americans must focus less on looking rich via borrowing and spending and focus more on saving, become serious about forming relationships with angel investors and become angel investors ourselves and realize that spending power and income is not wealth, Edmond said.

“We’ve got to get serious about the conversation about what it means to put money aside, and then when there’s time to either start your own business, or invest in another business, you’re not looking around talking about, ‘well, I can’t do it’,” he said.

As entrepreneurs and business owners, it is imperative that you know your numbers and how to read your financial statements, Clark added. Over the next 50 years, strong financial literacy is going to be key in creating wealth and business success. You also must know your businesses’ value, especially when approaching angel investors.

“People are not going to invest in a business that doesn’t have any value,” she said.

There has also been a shift in the business community regarding competition, Clark said.

“Today it is no longer about competition; it is about collaboration, because none of us will have enough resources to go at it by ourselves.”

Busby touched upon the continued importance of the Black press to the success of Black businesses and the community at large. He told the attendees and Dr. Chavis that the first organization he joined when he arrived in Washington was the National Newspaper Publishers Association (NNPA), the nation’s premier trade association for African American-owned community newspapers in the United States.

“There’s this old saying that if the hunter only tells the story, then the lion will always lose,” he said. “The Black newspapers tell our story, and we need to make sure that they have relevance, that we support them and more importantly as Black business owners, that we advertise with them.”

He spoke about the work that the US Black Chamber does like advocacy and education for business owners surrounding access to capital, contracting and entrepreneurial training. He also spoke about starting out in business, when he took over a family janitorial service that eventually became very successful across the country. He still believes that service focused businesses such as this one still play a prominent role in the 21st century wealth creation space.

Childs talked about the need to focus on the future, for African American innovators in the growing artificial intelligence (AI) field, and how all professionals must begin to think globally when it comes to growing their businesses.

“We are the diaspora, but we don’t leverage it,” Childs continued. “Look at the fastest growing economies in the world; seven of the top ten are in Africa. We’re talking about building businesses in America, and we’re not even leveraging what everybody else is trying to get a foothold in; everybody’s racing to Africa except us.”

During the Q&A portion of the session, a question was raised about procuring funding for federal contracts.

“If you play the capitalist game, you can win, but if you have consciousness, you must also understand how you must make predatory capitalism work for our people,” she said. “In other words, predatory capitalism does not benefit our people, it is at the root of our exploitation. At the very same time, if you don’t play the game, you can’t win. … but as you play the game, understand the root of the game.”

The importance of participation in the 2020 Census was also discussed, despite the reluctance of many in the community to divulge personal details regarding living arrangements and other sensitive information.

Edmond spoke about the direct impact that an undercount will have on not only African American entrepreneurs and business owners, but the community as a whole, such as decisions surrounding school funding.

“It also affects how correctional districts are defined,” he continued. “So they’ll use that census to take power away from your district because you got undercounted and you lose representation the benefits of participating far outweigh the risks of not participating,” he said.

During his closing remarks, Evans — who is vice chair of the House Small Business Committee — encouraged to attendees to network with the experts on the panel and with each other.

“This networking, this cross pollination that’s taking place, you have it right in your hands,” he said.

Enter your business in the Black business directory for North Philadelphia

There are very few Black-owned Beauty Supply Stores, but this one is celebrating 30 years in business!