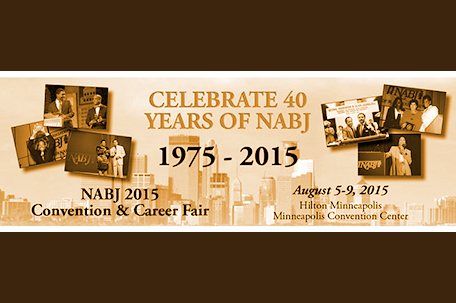 The National Association of Black Journalists celebrates its 40th anniversary of being the nation’s oldest association representing people of color.

On Wednesday, the National Association of Black Journalists began the celebration of the organization’s 40th Anniversary at its annual convention in Minneapolis.

About 2,000 Black journalists from around the country are expected to attend the conference, which will include workshops on a variety of topics ranging from how the media reports on instances of police brutality to how to utilize your smartphone as a reporting tool.

On Friday, the organization will elect its next president and executive board. Among the candidates with local ties are Sarah Glover, former president of the Philadelphia Association of Black Journalists and a candidate for NABJ president and Johann Calhoun, another former PABJ president who is running for the office of Region 1 representative.

The SUN will be providing updates from the NABJ Convention via our website, www.philasun.com throughout the week and there will be an overview of the conference in next week’s print edition.