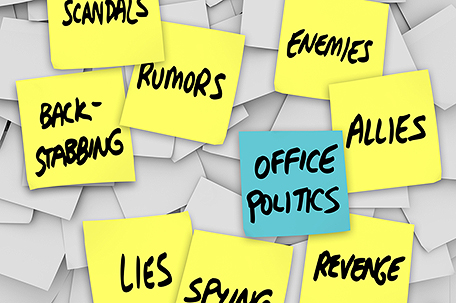 In this era of gotcha journalism, some of the city’s news scribes have attempted to turn the attacks against me and the current leadership of the local NAACP Branch into something akin to the reincarnation of the Watergate scandal or the hidden story behind Monica Lewinsky’s dress. Nothing could be further from the truth or the source of the accusations. These reporters have completely failed to uncover the real motivation behind the attacks or even examine the details of these scurrilous charges. Two of my detractors were dismissed from their leadership positions within the NAACP for gross dereliction of their duties and the third man is just consumed with hate.

To date I have chosen to be careful about what I placed in general circulation about these attacks out of concern for the image and brand of the NAACP as the oldest and largest civil rights organization, not just in this city, but in the entire country. I also didn’t want to do or say anything that might jeopardize the NAACP National Convention coming to Philadelphia in 2015 as was approved last year.

The other loyal NAACP officials and myself have patiently waited until the national NAACP staff concluded its investigation before making too many public pronouncements.

However, in the meantime these three prime movers who have sought to embarrass the branch recently released a story about two checks for the NAACP that they say were improperly manipulated by me. And since the reporter for the Philadelphia Inquirer never bothered to call me regarding those checks–those who read his story received only a portion of what really happened—a very small portion at that.

This check was written to the NAACP more than 16 months ago by an executive board member of the NAACP who asked ME to “fill out the check” for him (except the signature portion of course) and that I should “use it for whatever the NAACP needed.”

And since no local NAACP unit by nationally mandated rules is allowed to own property I endorsed the check over to the non-profit community development corporation which was set up to own the branch’s headquarters. That vehicle is known as the Next Generation CDC. And it is responsible for the building’s utilities, repairs, taxes, etc. In other words, all branch activities are housed in that building which of course must be maintained like any other office headquarters.

The local NAACP official who gave me that check more than a year ago was familiar with these facts as he was also one of the originators of the Next Generation CDC who favored our local branch having access to a building rather than pay rent as we had for at least a half century prior to 1997 when Next Generation was formed. Next, let’s turn to the check for $10,000 that was donated from one of the casino developers to the branch’s annual ACT-SO competition.

By way of explanation, ACT-SO (which stands for Afro Cultural Technical and Scientific Olympics) each year permits high schoolers to compete in 26 categories (dance, math, music, drama, etc.) for local scholarships. The winners from various cities are then flown to the NAACP’s annual national convention to compete against other local winners for a chance at national honors and major scholarships and other valuable prizes and honors. The local competitions are held each spring and the local winners attend the national conventions each July. As this is a very expensive program to run, fundraising takes place just for ACT-SO year round although the bulk of the funds are not needed until local competition time and later for the national gathering.

So, when we received the grant from the casino firm last fall, we deposited half the funds ($5,000) immediately in the local ACT-SO account; used a substantial portion of the remaining funds to restore gas service to our NAACP headquarters building which had experienced a service disruption due to a broken heater; with the remaining money left in the community development account as a hedge against recurring building expenses that we knew would be forthcoming. Additional fundraising continued so ACT-SO monies were replaced in plenty of time for when our students would be flying to this summer’s national convention.

In past years the branch had approved borrowing ACT-SO funds to pay other types of expenses (buying stamps, paying for the copier, telephone, etc.); facts which were also well known to the three individuals who have violated NAACP procedures by using the press to address their grievances before they could be examined internally.

Furthermore, since ACT-SO clearly benefits from having its records, computer, mailings and meetings in the branch headquarters, using a portion of the grant to help maintain our operation is clearly not illegal by any stretch of the tongue that wants to divulge the story for public consumption, say lawyers familiar with how non-profit dollars can be expended.

One final note before I bring this sordid mess to a close. My three accusers have falsely stated that they were unable to meet with me to address their grievances. I along with other board members tried on THREE separate occasions to meet with them and each time they failed to appear. Furthermore, when the national NAACP executive came to Philadelphia to examine the details of the accusations against me they met with the entire board of directors and offered to meet with any individual member if he or she preferred privacy.

But guess who declined all offers to meet in private or otherwise with the national NAACP representatives—my three accusers!