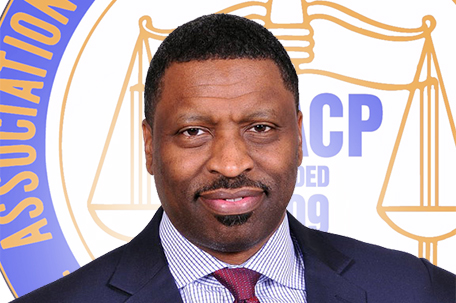 WASHINGTON — In an effort to expand its reach, refine its mission and re-energize its members, the NAACP plans to kick off a national listening tour next month starting with a stop in Detroit.

“Our goal has always been to make sure we have a fertile number of members across the landscape who can inform and drive an agenda for our community,’’ said Derrick Johnson, vice chairman of the National NAACP board of directors and president of the Mississippi NAACP.  “Also, in listening to folks who may not ever be members and listening to members, we glean a lot of information.’’

NAACP officials said they’re still working on tour details, but other possible stops include Mississippi, Louisiana and Alabama. The organization plans to officially announce the tour stops at its national convention next week in Baltimore.

“We’ll talk to our unit leadership at the convention … and then we’re going to go beyond that,’’ Johnson told a group of reporters at a panel in Washington, D.C. Tuesday. “We’re also going to talk to folks outside the association.”

Leon Russell, chairman of the NAACP national board of directors, said the organization will also reach out to its partners, including fraternities, sororities, black churches and others.

“We need all of those people to talk about education to the school board or to talk about providing sanitary sewer systems in an area that hasn’t gotten it provided,’’ he said. “They live in that community. We’ve got to be able to energize and bring them to the table, too.”

The tour wouldn’t be complete without a stop in the South, said Rickey Hill, chairman of the Political Science Department at Jackson State University.

The headquarters of the NAACP, the largest and oldest civil rights organization, is in Baltimore.

The NAACP is wrestling with a host of problems, including defending its relevance and finding a new leader. It recently opted not to renew the contract of Cornell Brooks, its president and CEO for the last three years. A search is underway for a replacement.

Over the years and even now, the organization has had a lot of “internal personality issues,’’ said Hill. “I’m not sure if anybody is even paying attention to what looks like the current turmoil around its leadership.’’

Hill said the tour might help, depending on the agenda and whether it focuses on pressing issues such as the recent rash of police shootings and other issues that could galvanize people.

Frank Figgers, a lifetime member of the NAACP and vice chairman of the Mississippi Veterans of the Civil Rights Movement, said he thinks the organization is still making a difference.

“It is as important as it ever was,’’ said Figgers, who volunteers at the Mississippi NAACP headquarters in Jackson. “We have to figure out a way to protect our permanent, time-honored institutions. The NAACP is one. There have been a lot of institutions that have come and gone.’’

The NAACP has a long history in Mississippi, particularly helping with efforts during the 1950s and 1960s to register Black voters.

The organization worked with other civil rights groups, including the Student Nonviolent Coordinating Committee, and also helped create the Mississippi Freedom Democratic Party. Many of those efforts helped spur national civil rights laws, including the 1965 Voting Rights Act.

Dorie Ladner, a Hattiesburg native, said the NAACP was key to helping her and other SNCC workers who were arrested for trying to register black voters.

“We knew if we went to jail, you’d get us out,’’ Ladner told NAACP officials at Tuesday’s panel.

Johnson said, as part of the tour, the NAACP will look at ways to better to help leaders address local concerns. The group also hopes to get more voters to show up at the polls, particularly for local elections.

“That’s where the work is,” Johnson said.

“But these governor races and these legislator races are even more important…,” Johnson said. “This perception that Black folks don’t vote ain’t true. We’re just not voting when we most need to vote. We need, as a national office, to provide the tools so people can walk away from this perception that we don’t vote and understand we’ve got to get folks to vote when we most need them.”