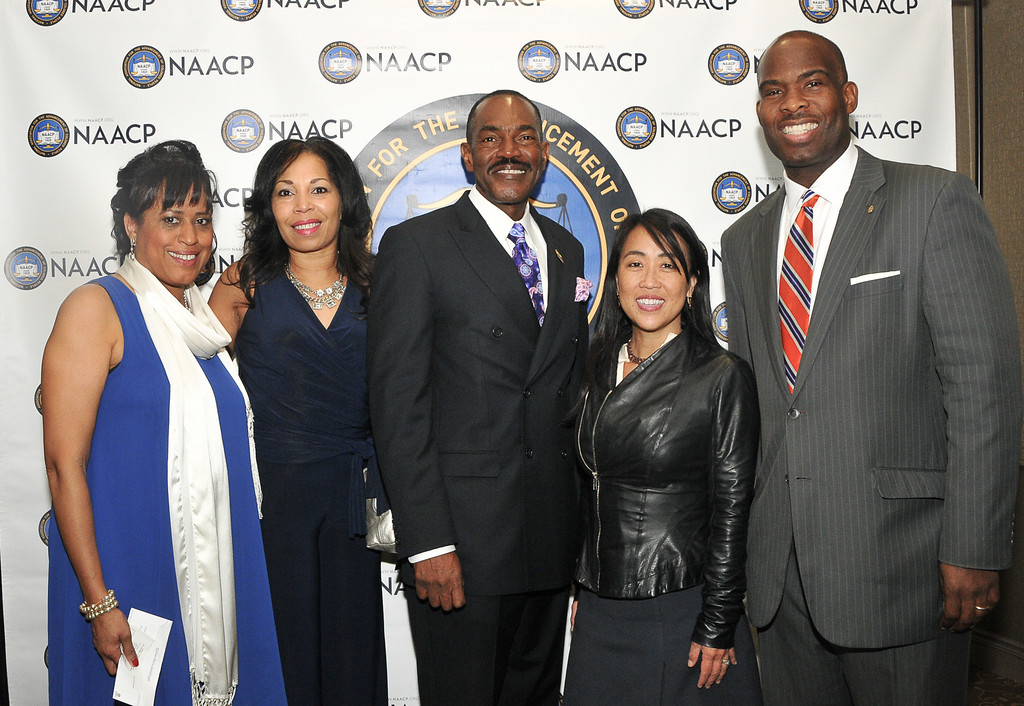 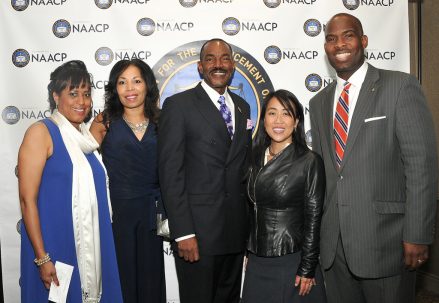 Friday October 14 was the birthday of The Philadelphia Sunday Sun’s founder and late publisher Jerome “Jerry” Whyatt Mondesire.  The stars also had it aligned that his birthday coincided with the Philadelphia chapter’s NAACP Gala Awards held at First District Plaza.  Jerry was the long-time President of the chapter.

Also in attendance, at the Philadelphia Sunday SUN table were Jerry’s fiancé Catherine Hicks along with his children, Jennifer and Joseph Mondesire, his fiancé Brianna Smalley, SUN Advertising Executive Leah Fletcher along with a few other extended family and friends.

Mondesire’s son Joseph and Hicks are now co-publishers of The SUN.  His daughter Jennifer also works for the publication.

Pre-gala activities began with a VIP reception where Charisse Lillie, Vice President of Community Investment at Comcast, was honored with the organization’s Earl B. Dickerson Civil Rights and Community Service Award.  John Chin, Executive Director of the Philadelphia Chinatown Development Corporation, was also presented with the chapter’s Businessman of the Year Award.

Joey Temple was presented with the inaugural  J. Whyatt Mondesire Award. Temple’s dedication to the local chapter was noted during the presentation, as he stayed committed to the organization after losing a previous election bid for President.

Other gala awardees were Judge Ann Butchart (Arthur B. Springarn Justice Award); Will and Jen Fuller (Community Service Award); and Shirley A. Jordan, II (Mary White Ovington Service Award Whyatt Mondesire passed away last year on October 4 at the age of 65. His physical presence was missed.

However, J. Whyatt Mondesire was definitely there in spirit and I’m sure he would be proud of the evening’s activities and honorees.

For the month of October, The Philadelphia Sunday Sun will continue to honor Jerry’s legacy and memory.

Rest in power Jerry and may your legacy continue to live on.