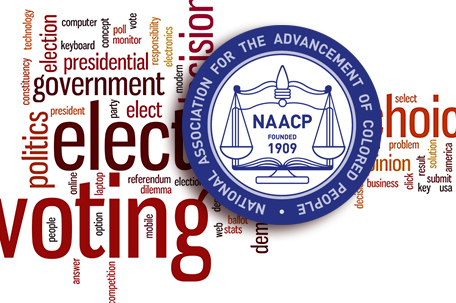 election of the Nominating Committee. Memberships must be current as of 30 days prior to meeting date.

October 21, 2014, 6:30 PM at the Freedom Theater, there will be a report of the Nominating Committee, receipt of Nominations by Petition and election of the Election Supervisory Committee. Memberships that are current as of April 1, 2014, may be nominated for office or executive committee at-large. In order to sign a nominating petition or be elected to the Election Supervisory Committee, memberships must be current as of 30 days prior to the October meeting date.

November 22, 2014, the election of officers and at-large members to the executive committee.

Polls are open from 11:00 AM to 3:00 PM. Election will be held at the NAACP office, 1619 Cecil B Moore Ave. In order to vote one must be a member in good standing of the Branch 30 days prior to the election. Proof of Membership and Photo Identification is Required.