Munchies: After The After Party 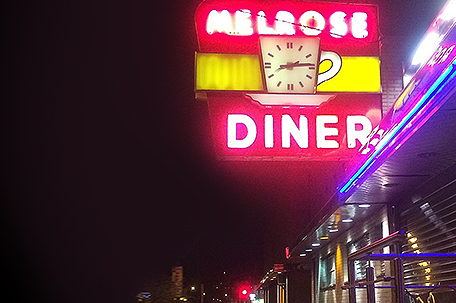 Where do you go to get the aftertaste of 2016 out of your mouth?

Let’s face it, for all intents and purposes, 2016 was a crap sandwich with cheese and extra crap on the side.

Because of this, I intend to usher it out with as many cocktails as possible as I go to the various New Years Eve parties that I’ve been invited to. My guess is that many SUN readers are looking to do the same.

But after you do all that reveling, you’re probably going to be hungry. Whether you’re coming home from a swinging soiree or the Watchnight Service being held at your church, you’re gonna be hungry after midnight, and you’re sure not going to feel like breaking out the pots and pans in your own kitchen.

So I took to my Facebook page and asked my friends where they go for those late night eats, and what they eat once the get there. I’ll share my favorite spot for late-night eats later. 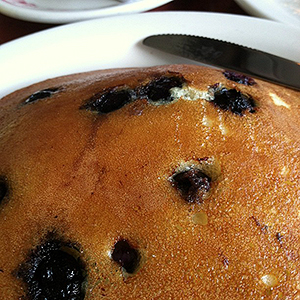 Danyl Patterson, my glamorous lawyer friend who is also the host of “Single On Saturday Night” likes Little Pete’s on 17th Street and the Penrose Diner, which is near the Sports Complex in South Philadelphia. While she didn’t tell me what her favorite things to eat are at those places, I’ve been to both.

Radio personality Tiffany Bacon and Yvonne Houghton were among the folks that said that Michael’s Family Restaurant, 501 Easton Rd., in Glenside. Bacon said this 24-hour restaurant was late-night breakfast hang. 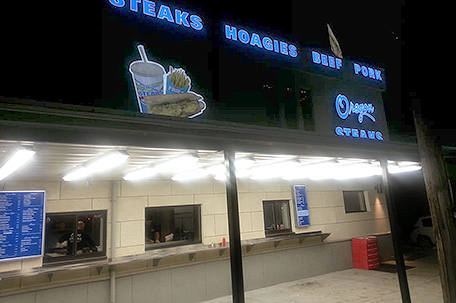 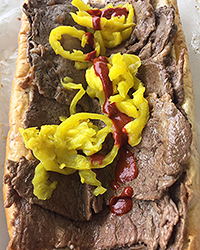 For some folks, the idea of going to a restaurant isn’t necessarily their thing for late-night eats. SUN Managing Editor Teresa Emerson and cartoonist/columnist Wendell Simpson both liked cheese steak spots for their late-night eats.

Emerson’s cheese steak joint is Oregon Steaks on 10th and Oregon. She and her husband Steve recommend the BLT with extra bacon, a sandwich that would probably absorb anything that you put in your blood stream. While we’re used to 24-hour diners, a 24-hour cheese steak joint is actually pretty rare. I may have to check this out.

Simpson’s favorite joint is A&A Steaks at the corner of 63rd and Haverford in West Philadelphia. It’s main business is breakfast, so you probably can’t go there if you’re rolling out at 2a.m. If you’re looking for somewhere to grab a bite before the Mummer’s Parade though, you might be in business.

For some more exotic eats, Donnell Hudson, one of the SUN’s graphic artists suggested David’s Mai Lai Wah at 1001 Race St. His favorite is the dumplings with ginger sauce and the salt and pepper squid. On Friday and Saturday nights, it’s open until 4a.m., so you might be able to get your Dim Sum on after hitting that New Years Eve party. 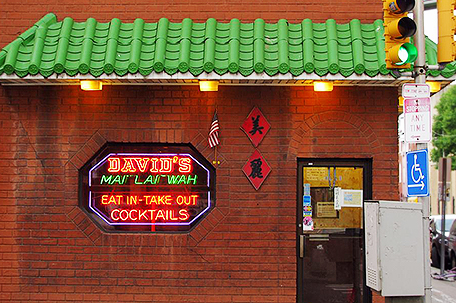 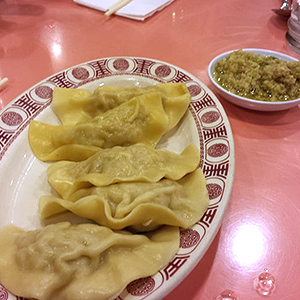 David’s Mai Lai Wah and their dumplings with ginger sauce.

You might also want to take a chance on the duck leg poutine at Rogue’s Gallery, 11 S. 21st St. I had it at a holiday gathering with some friends of mine and loved it a bunch. The place is open until 2 a.m., but it might also make a good post –Mummer’s spot.

Now that I’ve shared a few of my friends favorite haunts, I’ll tell you where SUN sports writer Chris Murray and I will probably end up after our New Years Eve reverie.

We used to live near the Melrose Diner at 16th and Snyder. It was our favorite place to grab scrambled eggs and scrapple (him) and blueberry pancakes and bacon (me). It’s a 24-hour joint, so we’ll probably end up there. I could live on their blueberry pancakes.

In any case, here’s hoping that you’ll enjoy yourself on New Year’s Eve…and that you’ll find something good to snack on once you’re done dancing ‘til dawn.