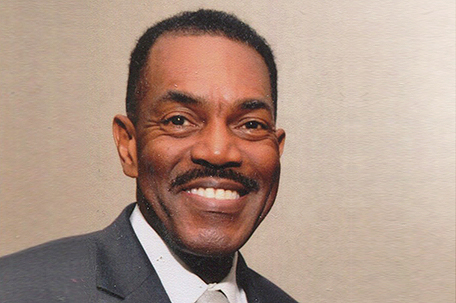 When the Philadelphia NAACP held elections on Saturday, not a lot changed.

On Saturday, the members of the Philadelphia NAACP came to Freedom Theater in North Philadelphia and voted to give Minister Rodney Muhammad a second term as the organization’s president.

The leader of Nation of Islam Mosque No. 12, Muhammad took over the reigns of the organization in 2014. Despite reports that Mannwell Glenn, a community activist and talk show host, was also running, Muhammad ran unopposed.

During his first term as NAACP President, Muhammad focused on poverty and jobs, citing the organization’s advocacy in terms of the building of the Comcast Tower and the partnership with the Cordish Companies for their new Sports Complex casino.

“We were looking at jobs on a long-term basis,” Muhammad said. “Between both projects, there were 3,000 jobs. In order to take a bite out of poverty, you have to have good jobs.”

In his second term, Muhammad plans to continue his focus on those issues, and also to emphasize education and good health care because those two things also have an impact on the city’s poverty rates, he said.

But unlike his first term, Muhammad and the NAACP will have to do it without a friend in the White House. President Barack Obama goes back into the private sector in January and will be replaced by a president in Republican Donald Trump whose grasp of issues regarding cities is less charitable.

While he recognizes that Trump’s election presents a whole new set of challenges for Philadelphians, the Philadelphia NAACP is more than up to them, Muhammad said.

When contacted by the SUN for comment, Glenn declined, citing the national NAACP’s restrictions on talking about organizational business.

Several members of the executive board were also re-elected. The Rev. J. Louis Felton won re-election as First Vice-President, Rochelle Bilal as Secretary, Shirley Jordan and Shirley Williams as Treasurer and Assistant Treasurer, and Shirley “Pumpkin” Jordan as Assistant Secretary.

Felicia Harris becomes the NAACP’s new Third Vice President, replacing State Rep. James Roebuck in the office. Since no one ran for Second Vice President, the executive board will have to appoint someone, Smith said.

There is currently a three-way tie for the 24th seat on the Executive Committee. There was no word on whether or not that tie had been resolved at press time.