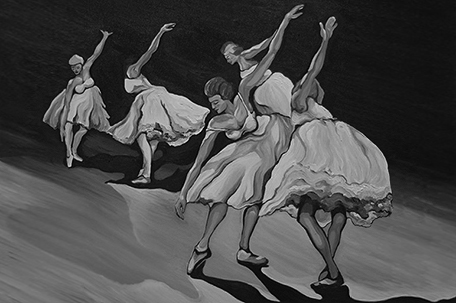 The Manayunk-Roxborough Art Center (MRAC) will host its 60th Annual Members’ Show, beginning with an opening reception on Sunday, March 6, 2016 from noon to 3:00 P.M. The public is invited to view the artwork, partake of light refreshments and meet the artists. The exhibit offers new work for sale, created in various media, by members of the art center including the Manayunk-Roxborough Artists’ Co-Op.  Unlike most of MRAC’s exhibitions, this show is open to submissions from the organization’s entire membership. MRAC is located at 419 Green Lane (rear), between Mitchell & Pechin Streets, Philadelphia, PA 19128.

The Annual Members’ Show is one of three exhibits that will offer a range of participation, along with MRAC’s Annual Juried Show, which will take place in July and is open to everyone, and a juried show in December in which members of the Manayunk-Roxborough Artists’ Co-Op will compete. Other 2016 exhibitions will feature Co-Op artists Susan Shipley (in April), MRAC’s Director of Programming, Krista Niles (in May), Colleen Brand (in June), Susan Kelly (in September), and Manny Gonzalez (in October). August’s offering will be a first for the art center – a juried show for photography only. The “Holiday Art Sale” will return in November, in time for gift seekers.

Long-serving MRAC Board member, Mike Muir, is among the artists planning to participate in the Members’ Show. Muir has been a featured artist twice at the art center in recent years and his work has become a staple of the Co-Op’s exhibitions. His oil painting, “Ballet Rehearsal” captures five white-clad ballerinas in action, their arms extended upward against a dark background. Multi-talented MRAC veteran, Karen S. Elliott will exhibit her work, including “Melt”, an abstract acrylic painting that suggests silhouettes dancing in a miasma of red, mauve and pink.

Gallery hours are Saturdays and Sundays, from 11:00 A.M. to 3:00 P.M. The 60th Annual Members’ Show will run through Sunday, March 20th. That afternoon, MRAC’s Humanities Division will present a poetry reading in its gallery, featuring poets Ethel Rackin, Glenn McLaughlin and Sharon Black, starting at 3:00 P.M. An “open mic” will follow the featured poets and light refreshments will be served. Attendees will enjoy hearing great poetry amid stimulating artworks, and have the chance to meet the poets and buy autographed copies of their books.

For more information, see http://mrartcenter.org/ or call 215-482-3363. MRAC is a non-profit arts organization, supported in part by a grant from the Philadelphia Cultural Fund, and through the volunteer efforts of its members.