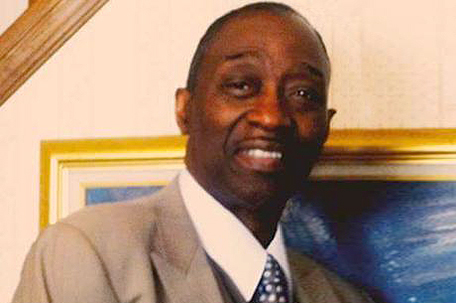 The faith-based film is a genre that is increasingly connecting with filmgoers. These may not be “Christian movies” in the post-“Ten Commandments” sense of those being produced and advertised for a particular market, but faith-based movies are becoming a niche in their own right.

South Philadelphia-born filmmaker Johnnie Baker, Jr., with his most recent release — “Souls” — proves the genre is expanding. The attraction for moviegoers is simple, according to Baker. He believes the movie category exemplifies the following values —humility, transcendence, and human connection — that have moved believers and ­non-believers alike.

Baker premiered “Souls” at the AMC Theatre Lowes-Cherry Hill on November 4 to a sold-out audience.The film is the fourth of his works that include “Dark Deception,” “Secret” and “The Messenger.”

“Souls” — just as the previous films — largely draws its talent and inspiration from the environs of the City of Philadelphia. Its plot is largely inspired by the spiritual foundation provided to Baker by his parents, who raised him in the Richard Allen Projects and supported his graduation from South Philadelphia High School.

“Everything I’m saying in the movie is the way I was raised,” said Baker, who is the second cousin of Academy Award winner Sidney Poitier.

“Because my family is very religious and Baptist, it’s always been part of me. I was really looking at what was going on in the world in 2017, and I wanted to put out a message to people, because I’m a postal manager that retired young, and I’d seen so many people on the job with problems that it bothered me. So, I wanted to come up with an idea that would help people and allow them to maybe get something out of it. Film helped me do that. ”

Baker believes that all individuals struggle to overcome some of life’s complications. This belief drives the concept of the film according to Baker. “Souls” is a “rivalry” film, with two strong characters, good versus evil –Micah (Chamar Tooles), a man born from Angels, versus Abaddon, a demon from the Abyss.

The plot of  “Souls” is driven by the story of a young man born with what is called ‘Angel Decent’, which he inherited, generationally from his mother and his grandmother. ‘They were touched by God, and he had a gift to heal people, but he couldn’t just come out and show it, because people would try to destroy him,” Baker said.   In the beginning, he’s a kid, and he realizes he has this power to heal people, and then his mother tells him, ‘You can’t just use it any time.’”

Reflecting on the premiere of “Souls,” Baker wanted to impart a message to moviegoers that there are solutions and alternatives to personal challenges and to the widespread violence that is so extensive in society today.

“I want movie audiences to walk away from films that glorify violence,” he said. And, as I continue to produce films, I also want to be known for inviting people into films that will allow then to wrestle with their own sense of purpose and spiritual understanding.”

The response of the 300 moviegoers attending the “Souls” premiere was an indication that Baker the filmmaker had achieved his goal.

More importantly, Baker believes that, like all great art, faith-based films that are intellectually complex, carefully crafted and morally engaging will have a way of bridging the sacred and the secular.   ”Such films will bring us full circle. What makes a movie faith-based, will go hand in hand with what makes any movie good — in every sense of the word,” he opined.

For more information about the movie “Souls,” and other films by Johnnie Baker Jr., contact the filmmaker at [email protected].