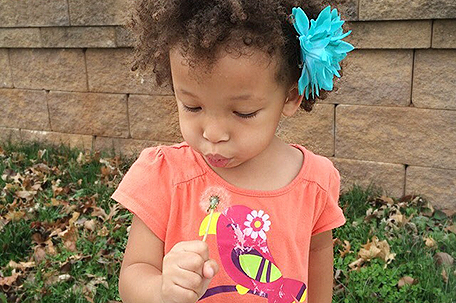 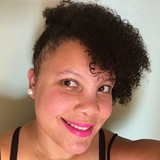 How many parents find themselves being inspired by their children to do better? Of course we encourage our children to be the best they can be at anything, whether it’s sports, music, excellence in school etc. However, it’s rarely talked about how children inspire parents to be the best that they can be. Over the past year, I went back to finish my graduate program and became a part-time stay at home mom. My daughter went to daycare three times a week, so that she could still engage in social interactions with other children. Around that time I began getting back into my writing, writing short stories here and there and reciting them to my daughter as she drifted off to sleep.

One day while watching the Dove’s Love Your Curls campaign video, I thought about the lack of representation in children’s books that show diverse characters and curly-haired girls. Reversing my daughter’s frustration for her own curly hair and questioning the beauty of it, I decided to write a children’s book about a curly –haired little girl who’s a super hero! I could base her life off of my daughter’s life and name, which is Tatiana.

Out of the experiences mentioned came a book titled, “The Girl With The Magical Curls.” “The Girl With The Magical Curls” is about a little girl, who develops magical hair powers while it gets caught in her neighbor’s magical rose bush. Just like my daughter, Tatiana develops a sense of disdain for her hair and wishes her hair was just as beautiful as the Disney princesses she admires. While playing with her brother in a neighbor’s garden, her hair gets caught in the rose bush and now Tatiana’s hair can be used as a ladder, a jump rope, to pick up objects just to name a few. Tatiana learns to appreciate her curls and be of service to those in need at such a young age.

I’m very excited about this book and can’t wait for its release. I’m proud to say and thus far my daughter is proud that she will actually be a character in a children’s book. Most importantly she is realizing how special her curly-hair is. I began embracing my curls in 2011 and continue to proudly wear them to be a good role-model to my daughter. It’s so important to be a positive force in our children’s lives. Loving every inch of yourself causes them to love and accept themselves. You never know, your child may be your inspiration to write a book.

Evita Girón is a mom of a three – year old girl named Tatiana, a graduate student and aspiring children’s book author. Her latest project is called The Girl With The Magical Curls, it’s in the process of editing and will be promoted to traditional publisher’s. Please read more about her children’s book on her Facebook Fan Page and blog listed.