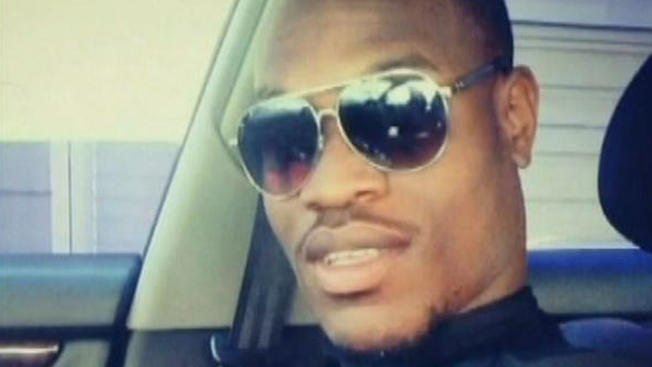 The mother of a 26-year-old man who was shot in the back of the head by a Philadelphia police officer in 2014 has withdrawn a civil lawsuit against the department.

Brandon Tate-Brown was killed early on the morning of Dec. 14, 2014 during a traffic stop on Frankford Avenue in the Mayfair section. The shooting occurred in the same police district David Jones was killed this summer during a police confrontation.

“Emotionally, she can’t afford it. The stress is too much for her heart,” he said on behalf of the family. “Losing a child and battling the system can take a toll. At the end of the day, there is no amount of money that is acceptable to bring a loved one back.”

Brown-Dickerson dropped the suit on Sept. 13, 2017. In the court filing, the family’s attorney said they are “facing a contested trial, in which it is not possible to know how the jury or court might rule.” However, Brown-Dickerson’s “decision should not be taken to mean that she approves of the police officers’ conduct,” court documents said.

In the civil suit, which was filed in September 2015, Tate-Brown’s family accused police of wrongful death, using excessive force and violating his constitutional rights. They also accused police of lying about what happened the morning Tate-Brown was killed.

The police department initially said two officers pulled him over because he was driving without his headlights on. The department later said Tate-Brown matched the description of a robbery suspect. When he was pulled over, surveillance video showed a prolonged interaction between Tate-Brown and police that led to a scuffle and, eventually, his death.

Investigation details changed over time, prompting Tate-Brown’s family to accuse the police department of tampering with evidence. But officials later said the confusion emerged from a miscommunication between investigators and spokespeople who were bombarded with media requests for more details.

“As a result of Ms. Brown-Dickerson’s efforts, the Philadelphia Police Department was required to change the official story of the shooting of Brandon Tate-Brown to reflect that he was not reaching into the right passenger side of his vehicle for a gun when shot in the back of the head by a police officer, but was shot at the rear of the vehicle. It took the mother’s legal action to bring forth those facts,” the family’s attorney, Brian Mildenberg, said in a statement.

“We’re now just finally grieving,” Khalif said of losing his cousin. “It’s this emptiness that never goes away. The holidays are coming and Halloween was his favorite. And Thanksgiving, we have a seat for him.”