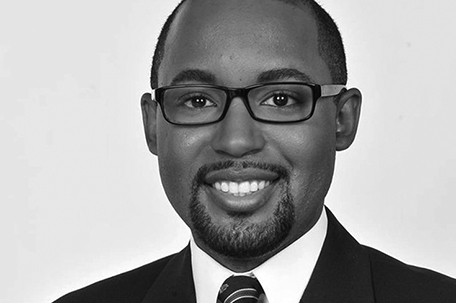 With all of the other things going on in politics in the Delaware Valley, there’s a possibility that you’ve missed what’s actually a pretty huge moment in the Commonwealth’s political history.

This year, Montgomery County elected Gregory Scott as one of the county’s District Justices. In addition to being the first African American to hold the post, Scott, 28, is also the youngest sittiing judge in Pennsylvania. As a district justice, he will preside over preliminary hearings and handle summary offenses, small civil claims ($12,000 or less), and police ticketing disputes. He will also be able to perform weddings.

Scott was sworn in on Monday as one of three newly elected justices in Montgomery County. He was certified after taking a class for District Justices administered by the minor Judiciary Ed Board, something that’s required for all magisterial district judges that are not also attorneys.

While Scott acknowledges the history he’s made, he doesn’t let it go to his head.

“I think it says a lot about where we’ve come and where we’re going,” Scott said. “I’m really happy. I think though, for me, I’m just Greg Scott. I just happen to be African-American and I just happen to be the youngest sitting judge. But I’ve been who I am for all of my life. And my experiences helped shape and mold me to the person that I am today.”

Scott, a lifelong resident of Norristown, got interested in politics at an early age and became very active in his community as a result. He was the borough’s first Junior borough councilman, as well as a volunteer first responder and EMT. Scott has also worked as a congressional aide, a special assistant to Universal Companies CEO Rahim Islam, and most recently as senior staff to Congressman Chaka Fattah.

But becoming a judge was something he had always been drawn to, Scott said. He had served as an intern in the Montgomery County Court of Common Pleas and as a clerk to a magisterial district judge before making his run for district justice.

His goal is to mete out justice in his hometown without forsaking the humanity of those who come into his courtroom.

“With all of my experiences I wanted make sure that I could provide fair treatment with respect and dignity in the courtroom,” Scott said.

When he’s not on the bench, Scott hangs out with his dog Roxi. He has a degree in Business Communication from Chestnut Hill College and a Masters of Science in Psychology from the Philadelphia College of Osteopathic Medicine.

Scott will be serving a six-year term as a District Justice.