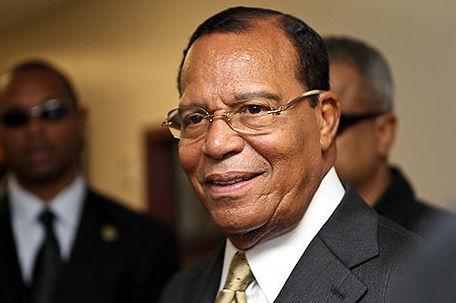 Twenty years ago Philadelphia, Pennsylvania sent the largest number of black men to Washington DC, in response to the call from The Honorable Louis Farrakhan, to convene on the National Mall, on Monday, October 16,1995. Philadelphia also sent the largest contingent of medical technicians and supplies to assist the Nation of Islam in providing the required health and medical assistance for the marchers, should the need arise. This was achieved through the generous assistance of the National Hospital and Healthcare Employees Union 1199C

One of the unsung roles played by Philadelphia, was the training and deployment of the busloads of Marshals sent to secure the Jumbotrons, audio equipment, health stations and other important infrastructure, necessary for the production of the event and prior to the arrival of the Fruit of Islam. If you recall, a contingent of Marshals even launched a patrol that marched from Philadelphia to the National Mall in Washington, DC. arriving on the day of the march. All of these dedicated individuals were an active part of the Vanguard. In the continuing spirit of the MMM the Vanguard has also helped in many other field operations efforts, during the twenty-year interim. Many of those men were members of the nation of Islam, the Laborers International Union of North America, Local 332 and the American Federation of State County and Municipal Employees, District Council 33. Others were men living up to the pledge we all took on the National Mall in 1995.

Many of those same Marshals also played a critical role in providing a secure environment at the various Metro Stations, transportation staging areas and the line of march to the National Mall, for the Tenth Anniversary of the MMM.

Now, 20 years after the largest gathering of people of color, in the history of the United States, Philadelphia is being called upon again, to prepare for another important role in the Spirit of the MMM. We are preparing for the response to the new call by Minister Farrakhan to mobilize ourselves, once again, to go to Washington DC, this time with our families and brothers and sisters of color. The call is for “Justice or Else” on Saturday October 10, 2015. It is a universal call to people of color, men, women, young people and families. We in Philadelphia must prepare to assist now, just as we did before.

The Honorable Minister Louis Farrakhan came to Philadelphia on Thursday June 11 and convened a leadership meeting. As before, he has asked for our support and we are once again planning the Philadelphia response to the call for mobilization. We are having an organizing meeting for the Local Organizing Committee that willAelp provide logistics support for the mobilization. The meetins will be held on Thursday June 25. 2015 at 7PM. The location of the meetins is at the Beckett Life Center. 1410 N 16th Street (between Master St. and Jefferson Street). In addition to recruiting Marshals to assist the Philadelphians going to the MMMA, we will need people to speak to youth leaders and young people in general about “Justice or Else”

Many of the original Marshals may no longer be able to “rally to the colors” in response to The Minister’s renewed call for mobilization. That is understandable. If you are still committed to the pledge you took on the National Mall in the midst of one million of your Brothers. Please join us on Thursday June 25, 2015 at 7:00-poBr as we prepare to respond to the call for “Justice or Else”