Millennials on the move 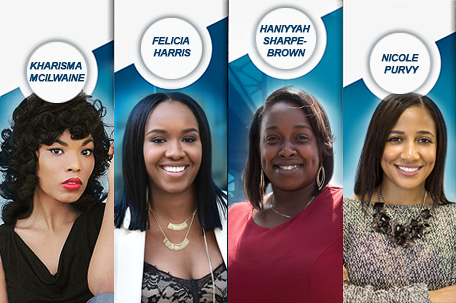 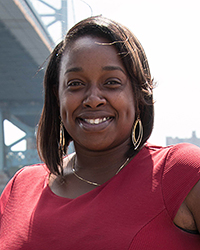 When she entered Temple University, she was pregnant with her son, Khalil.

Shortly after she gave birth to her daughter Zariah, Sharpe-Brown walked down the aisle to receive her college degree.

The daughter of graduates from Howard University knew the importance of having an educational foundation.

She did not let motherhood deter her from that goal.

Sharpe-Brown is the first to admit that she had a village to support her in this process. From her husband, Charles, who worked to provide for the family and assist in the care of her now 9-year old son, to employers who allowed her to work a flexible schedule so she could both work and go to school full-time, to an extended family, she’s had the kind of support on her journey that’s allowed her to accomplish a lot in a relatively short time.

She also discovered first-hand what a cooperative, community spirit is.

And that’s the kind of spirit and that Sharpe-Brown brings to her public relations business.

“I really got the bug to do communications when I was an intern at the [National Association of Black Journalists] convention when it came to Philadelphia in 2011,” Sharpe-Brown said. “I worked closely with the [current NABJ] president, Sarah Glover, though I was just a Temple student. I learned all about the logistics involved. It was different from the classroom because this was a real-world experience — and I loved it.”

This experience laid the foundation for her current career in communications, which includes public relations, social media skills, community relations, and strategic planning.

A graduate of the former Ivy Leaf School, Sharpe-Brown has had assignments in local and state politics to supporting non-traditional students. She was named one of 54 “Connectors and Keepers” by LEADERSHIP Philadelphia, the 2016 Women of Destiny, Influencing Action Movement’s “Women Born to Make History Award,” and the NABJ President’s Award in 2011. She currently serves as the secretary for the Philadelphia Association of Black Journalists.

“I love how the industry is always changing, and I am still collaborating,” Sharpe-Brown said. 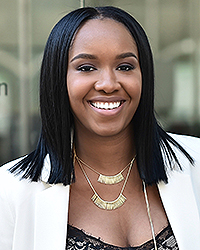 Felicia Harris is a big believer in mentorship.

Harris has been fortunate to have several really good mentors, including former 9th District Councilwoman Marian B. Tasco. She also has been the brainchild of charitable initiatives that provide mentors to young people still in school, as well as to young professionals, including the Influencing Action Movement, and serving as chair of the Philadelphia Commission on Women.

On March 1, Harris embarked on a new venture called HiTouch Enterprises, a full-service strategic communications and development firm. Her client list includes the Urban Affairs Coalition, a nonprofit organization where she worked as the executive assistant to Sharmain Matlock-Turner. She also serves on the boards of several nonprofits, including as vice president of the Philadelphia NAACP and is a walking Deacon at the Salem Baptist Church in Jenkintown.

“I always remember a quote from Councilwoman Blondell Reynolds-Brown,” Harris said. “She said if you are not at the table you are on the menu. What I’ve learned early on is that to make it as a professional or entrepreneur you need to be able the table. That’s why I encourage young people to have mentors and to be sure they are at the table, involved in raising community awareness as well as in their careers.”

Harris readily admitted that even although she had the confidence, mentors, and support to launch her consulting business, one thing caused her to pause — the new White House administration. In spite of her uncertainty, the graduate of the old Ivy Leaf School, Girls’ High and Howard University said that she realized that she was ready to take that leap of faith. She gained visibility through various consulting jobs in New York City and Washington, D.C. Her experience led her to be named in the 2017 “Women of Essence Award” by the Philadelphia Continental Societies chapter.

“I don’t do the five-year plans anymore,” Harris said. “I realized that nothing ever turns out like you planned. I would not have planned doing this five years ago. It’s okay to plan, but I think in life we have to be flexible. I think as African-American women we have not completely broken the glass ceiling yet. I think when we do we should be about bringing others with us.” 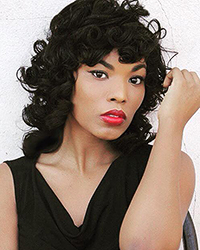 She is a singer, writer, screenwriter, director and community ambassador, activities that spring out of the passions a younger McIlwaine had while growing up in North and West Philadelphia.

As she worked her way through Franklin Learning Center and Cabrini University, McIlwaine knew that she would be led by her passions.

“I knew that whatever I did in life it would not be the typical 9 to 5,” McIlwaine said. “I always knew that having that kind of gig would drive me crazy. I knew early that I was going to take the creative route.”

This creativity has landed her in a variety of places. She was an on-air host at CBS3 and the CW Network. Her first national production credit was BET’s live coverage of “The Home Going of Whitney Houston.” She currently hosts the entertainment program,“Philly Close Up” on mynewphilly.com and has interviewed Tyler Perry, Ice Cube, Kevin Hart, and many others. Her work can be found on mynewphilly.com. She is also a SUN contributor.

Her creativity has also shown on stage as a background singer for Mariah Carey, Kathy Sledge, and Kenny Loggins. She even finds time to be a board member of Big Picture Alliance, an organization that works introduces young people to films and educational programming.

However, this high-profile position did not come without its bumps and bruises.

“One of my first auditions I showed up with no agent, and I thought bombed out, but things have a way of coming full circle,” McIlwaine admitted.

These days McIlwaine prefers to look ahead. In about five years, she hopes to have her own production company. She wants to produce films for television and the silver screen, as well as do some musical productions. She envisions living the “bicoastal” life tapping into both the Hollywood scene and Philadelphia’s creativity.

“Philadelphia has so much talent that is not served and is not being utilized. I hope to bring more of that creativity out,” McIlwaine said. 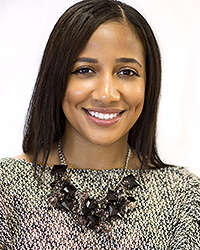 If one put a business success coach, a leadership expert, a web design specialist together with an author and podcaster, you might end up with just some of what Nicole Purvy brings to the table. As founder of Lidyr Creative Marketing Agency, BetterThanSuccess.com and the MySuccessProject online curriculum, Purvy’s business is helping her fellow entrepreneurs.

Having a finance degree and work experience only adds to the complete package that Purvy offers.

“What I do is help small business owners get to the next level of business development,” said Purvy, an alumnus of Central High School and Temple University. “I started out working 9 to 5 in finance. The last time I worked at a (traditional) job was in 2010.

I used to work in investment bond trading, but I opened a boutique. That is how I learned to do web design and the other things business owners need — through trial and error. Then I thought if I needed all these services then I could help others with these services. So that is when I left my 9 to 5 job.”

Purvy can count the Labor District Council, and Comcast among her clientele. She also consulted with the 2016 Democratic National Convention when it came to Philadelphia and has a steady stream of small business clients that keeps her busy year-round.

“I really enjoy working with the Mom and Pop businesses that need help with their logo, setting up their website, and doing successful business development,” she said.

Since many are now engaged in side business ventures and dream of full-time entrepreneurship, Purvy saw another need in the marketplace; providing entrepreneurial education to those who want to learn those skills. So, rather than having to go through a “trial and error” method, they can learn about the process through her curriculum. This allows Purvy to do even more business development outreach.

“I really want this to grow into a global enterprise,” Purvy said. “I plan to travel the world sharing this success model and coordinating entrepreneurship training conferences.”

Purvy also has a passion for preserving public education. She said that she is a proud product of the Philadelphia public school system. It hurts her when she sees public schools closing or children not getting a quality education.

“I believe that it is possible to be educated well in public schools,” Purvy said. “So what I am doing is encouraging persons to give gift cards to school teachers. I often get $100 Staples gift cards and give it to teachers so they can get supplies. I would encourage others to do so even if they only can give a $20 gift card or even just $5. The teachers do need this.”