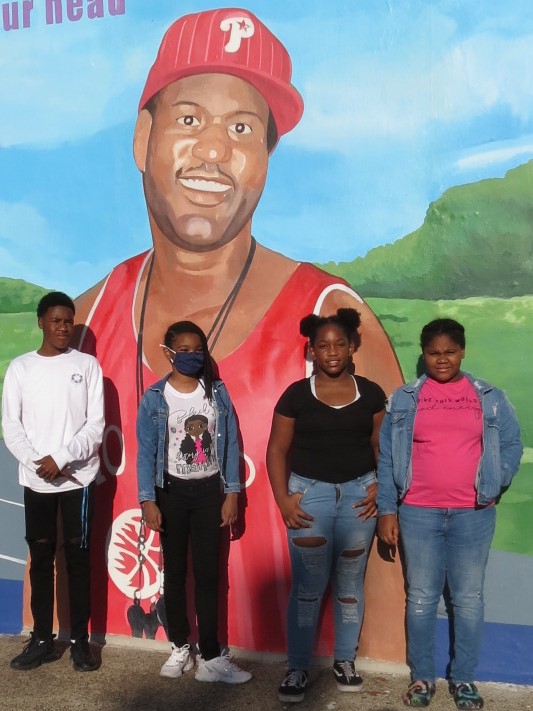 The beautiful Miles Mack Playground in Mantua, which serves the youth of the community, is surrounded by ongoing gentrification and gang violence related shootings. A controlling family interest, along with Mantua’s community advocates and residents, continue to push for the shared history of the playground to be acknowledged. They are also offering programs that provide an opportunity for the neighborhood’s children to play and learn in a safe and nurturing atmosphere, which continues to be a challenge.

Last week, the Mantua community and the city of Philadelphia held the re-opening of the playground, which was recently revamped through the city’s Rebuild initiative.

The playground’s reopening celebration enabled the community as a whole to see the new amenities and learn about services such as their after-school and lunch program.

Site supervisor Khadijah Muhammad was given praise for her leadership at the Miles Mack Playground and for years of providing solid programs for Mantua youth by Mayor Kenney. Commissioner Kathryn Ott-Lovell and other speakers also spoke about the reopening of the playground that she has supervised for 12 years since Miles Mack’s tragic death in 2008.

“First, I think for this location, that Miles Mack lives, and will continue to watch over these kids and continue to protect them along with the people here in the neighborhood,” Kenney said.“For Rebuild, it means that every neighborhood should get equal treatment, and one neighborhood shouldn’t be better than the other. We try to make high-class projects in the city, especially neighborhoods like Mantua and they deserve it and [have] waited a long time for it.”

“I think that this is just a wonderful project, and it shows what we can do,” Gauthier said. “This is what we can do when we act equitably to bring recreational activities to communities that are in need. And I know that this site is a monument to the beloved Miles Mack, who was gunned down. It’s fitting that we should invest some money here to make it a safe space for our kids.”

Mack’s son Darian Johnson spoke about what the playground rebuild meant to him, the Mack family, and to the youth returning to the playground.

“The rebuild means a lot to this community,” Johnson said. “It means a lot to my family. And for me, the word “rebuild” means rebuilding my community and having something for these kids to do and get back to at the playground named after my dad. I will continue my father’s legacy of hosting a community basketball league and working with site supervisor Mrs. Muhammad with programs at the playground to engage youth from Mantua.”

Tony Wrice, president of the Miles Mack Advisory Council, spoke about the community’s history of advocacy, and how that dedication continues to benefit the kids of Mantua today. His father, the late Dr. Herman C. Wrice, created an organization for Mantua youth back in April 1964.

“I think that Mantua has had a history long ago that had to deal with the community reaching out in the neighborhoods,“ Wrice said. “The major piece for us was growing up in a safe place and safe environment. And I think, a lot of the programs in the 1960’s and 1970’s had instilled these types of programs like after-school programs and sports involved programs provided by the Young Great Society organization [the group his father started] , where youth were able to feel safe.”

Organizations like the Miles Mack Playground have been committed to the neighborhood’s youth for over 60 years. The community has seen much change during this time and has overcome its problems with gang violence and drug gangs by facing those problems head-on through the strength and dedication of its residents.

Mayor Kenney and others show unity in rebuilding city playgrounds