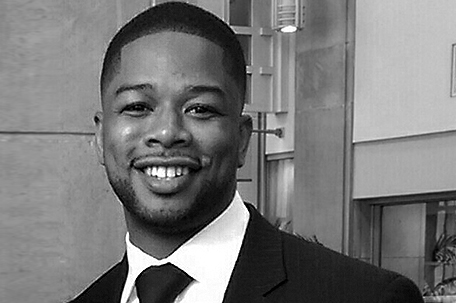 The African-American Chamber of Commerce of PA, NJ & DE (AACC) – a leader in advocacy for African-American businesses – announced last week its new president to take the chamber to its next stage of growth and success.

Effective December 1, Michael W. Banks has been named president of the AACC.

“We have an exciting opportunity to build on the strong foundation that the chamber achieved under Shalimar Thomas’ leadership, which included rebuilding membership and positioning the AACC as an influential and vital organization in the region,” said Steven Scott Bradley, Chairman. “For her hard work and her success in leading the AACC through a very tumultuous economic period, Thomas has earned our sincerest thanks and best wishes for her next endeavors.”

Banks is a long-time supporter of the AACC, recently accepted the position as a Board member and knows the company, its members and its employees.

Banks is also an Urban Studies graduate from the University of Pennsylvania, where he focused on Urban Economics. Additionally, he is a former a Vice President for Citibank and launched their financial literacy efforts in Philadelphia. He also led their equity trading desk after starting as an entry level analyst, and rising through the ranks to a senior level position. Banks was most recently a Financial Controller for a Philly start-up where he worked to better position the company for national expansion. He is also a board member at Bebashi and served on the PHL Diversity luncheon finance committee.

“From the moment I joined the AACC as a member, I understood the importance the organization has in our region,” said Banks. “I am humbled to have the opportunity to build on the foundation that Shalimar has created, and the ability to have a direct impact on our members, by building relationships and creating opportunities that drive economic change.”

The African-American Chamber of Commerce of PA, NJ and DE (AACC) is currently looking for a college interns to join our team!