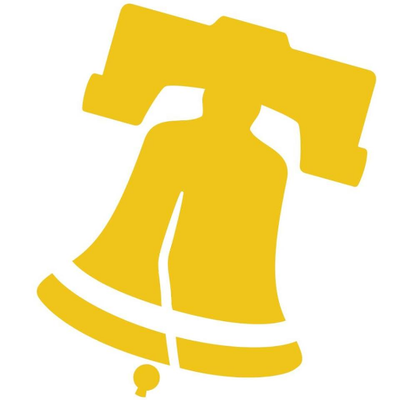 PHILADELPHIA (WPVI) — The City of Philadelphia has released a list of road closures and parking restrictions for the Made In America Festival.

Some closures will begin on Sunday, August 25.

The festival will be held on Saturday, August 31 and Sunday, September 1 on the Ben Franklin Parkway.

Doors open at noon each day and performances begin at 1 p.m. Those performances are expected to last until midnight on Saturday and 11:30 p.m. on Sunday.

For tickets, lineup and general information about the Made in America Festival, visit www.madeinamericafest.com.

To accommodate venue construction and the two-day festival, gradual road closures along the Benjamin Franklin Parkway and in sections of the Fairmount neighborhood will begin on Sunday, August 25.

The number and magnitude of street closings and parking restrictions will increase each day. Specific phases for road closures are detailed below.

All roadways will reopen prior to morning rush hour on Tuesday, September 3, with traffic patterns returning to normal.

Some low-impact parking and travel lane restrictions will remain in place until 11:59 p.m. on Tuesday, September 3.

Delays can be expected during the course of event construction set-up and on festival days. Motorists are advised to avoid the area by using alternate routes, and allow for extra driving time in the areas near these festivities before and during Labor Day weekend.

23rd Street, between the Benjamin Franklin Parkway and Fairmount Avenue

Note: The City will make every effort to keep this bridge open during Philadelphia Museum of Art operating hours, but it may be forced to close during periods of heavy pedestrian traffic
Kelly Drive, between 23rd Street and Fairmount Avenue

2100 block of Pennsylvania Avenue, between the Whole Foods store and 21st Street
Note: The eastern half of the block, from the Whole Foods Market to 20th Street, will remain open to allow access to the store

Regional Rail: Late-night train service will be available on SEPTA’s Regional Rail Lines on Saturday and Sunday nights departing from Jefferson, Suburban and 30th Street Stations. Special schedules will be posted in stations and are also available online at www.septa.org/events. If the concert runs late on Saturday or Sunday, these trains will be held for approximately 20 minutes after the concert ends. Parking is free at all SEPTA-owned Regional Rail lots on weekends. Parking lot location information is available online at www.septa.org/parking.

Bus: Due to festival-related street closures, SEPTA Routes 7, 32, 33, 38, 43 and 48 will be detoured from their normal routes through the Benjamin Franklin Parkway area beginning at 10:00 a.m. on Friday, August 31 through 5:00 a.m. on Monday, September 2. Specific route changes are available on the System Status Page at www.septa.org.

PHLASH: PHLASH transportation is an inexpensive way to visit key attractions in Center City and the Parkway vicinity, with stops at 22 locations including many in Center City. Find PHLASH on the go, with live updates at RidePhillyPHLASH.com and visit www.phillyphlash.com for a schedule and route details.

Rideshare: Taxi, Uber and Lyft designated drop off and pick up locations are along the 2100 block of Spring Garden Street and the 1900 block of Arch Street.

Indego Bike Share: Attendees using Indego to get to the festival should check the mobile app to confirm dock and bike availability in real time. Users can also check bike and station status at www.rideindego.com or by following @rideindego on Twitter. The Art Museum Indego station will be temporarily relocated to Martin Luther King Jr. Drive to accommodate the stage.

If driving, commercial off-street parking lots and garages are conveniently located on or near the Parkway. Attendees can contact individual facilities in advance for rates and availability or visit the Philadelphia Parking Authority’s website at www.philapark.org for a list of parking options. The Made in America Festival is not affiliated with these parking facilities.

Most of the cultural institutions on the Benjamin Franklin Parkway will maintain normal hours of operation and, in some cases, even extend schedules during the festival and throughout Labor Day weekend.

During the Made in America Festival, the west entrance of the Philadelphia Museum of Art will remain open, and visitors may obtain access via pathways north and south of this entrance. Art Museum Drive will be open at 25th Street, with access to the museum’s parking garage for museum visitors throughout the weekend. Anne d’Harnoncourt Drive will be accessible for visitor drop off, Art Museum staff, and event staff after their vehicles are searched at PPD checkpoints on either end of Anne d’Harnoncourt Drive. The Rocky Statue will not be accessible Friday evening after 5:00 p.m. through the end of the day on Sunday.

The Barnes Foundation will be open throughout Labor Day Weekend. The parking garage is also open to the public, and is accessible via Pennsylvania Avenue between 20th and 21st Streets.

The Franklin Institute will also be open throughout Labor Day weekend, and the parking garage located at 21st and Winter Streets will be accessible.

The Made in America venue features multiple entrances and exits for ticket-holders during the two-day festival. Entrances are located at 21st Street and Benjamin Franklin Parkway. Re-entry to the venue will not be permitted on either day.

The perimeter of the festival will be firmly secured and protected for maximum public safety. The enclosed event boundaries are:

Throughout the event, the City will provide enhanced law-enforcement support and emergency medical services on the Parkway and in the surrounding vicinity. The City and Made in America are coordinating with local, state and federal public safety authorities to utilize a network of prevention and response services. Additionally, Made in America has partnered with iDecko to compile and address community related questions and/or concerns. A hotline has been made available for the duration of the event, inclusive of the site build. The hotline number is 917-732-7501.

Access to the venue is limited strictly to ticket-holders, who will be subject to searches before being permitted inside the venue to ensure the enjoyment and safety of everyone at the festival. Ticket holders should be prepared for additional searches inside the venue at the discretion of festival security staff. Spectators are strongly discouraged from carrying bags, backpacks, or satchels of any kind. All bags are subject to search. Those planning to attend festival activities should plan ahead regarding driving, public transit, parking, supervision of children and wearing comfortable attire.

There is an ADA accessible entrance at the main gates on Benjamin Franklin Parkway at 21st Street. Festival attendees requiring ADA accessible accommodations for guest screening and arriving via vehicle can be dropped off at 24th Street and Park Towne Place.

Bags and other items should never be left unattended. In an emergency, or to report a suspicious person, activity or item (a backpack, a package, a container), attendees can notify a police officer immediately or call 9-1-1.

Items allowed inside the venue include:

Items NOT allowed inside the venue include but are not limited to:

The Made in America Festival is an all-ages event. However, to enter the festival beer garden areas and to purchase alcohol, individuals must be 21+ and have valid photo I.D. Underage drinkers will be detained.

Smoking is not permitted on any Philadelphia Parks & Recreation property including, but limited to, buildings, playgrounds, ice or skating rinks, fields or courts, pools, picnic areas, walking areas and parking lots.

Missing or lost persons can be brought to Info Booth #3 located next to the main merchandise booth.

Found items can be taken to various information tents placed throughout the venue, with the primary lost and found located at Info Booth #3 next to the main merchandise booth.

Alpha-numeric “location markers” will be posted to clearly and easily identify a location or section (by letter and number, example: CD-1) to facilitate communication in the event of an emergency.

EMS tents are located near the main entrance between 21st and 22nd Streets, at the north and south sides of 23rd Street and Benjamin Franklin Parkway, and near the Rocky Statue to the right of the main stage.

Portable restroom facilities, including ADA-compliant units, will be available for use throughout the festival grounds.

For more information on the venue, concessions, accommodations and directions, visit www.madeinamericafest.com.

Made in America is a rain or shine event. Attendees should sign up to receive free weather and emergency alerts by texting READYPHILA to 888-777, and in the case of severe weather, should listen for announcements broadcast across the festival footprint.

In the event of high temperatures, attendees should be aware of the risk of heat-related health issues. EMS personnel will be on duty all day at accessible first aid stations and will be on patrol to monitor activities. Many heat stress or heat exhaustion issues can be avoided by taking simple precautions:

Review tips for ways to stay safe and cool during the summer heat.

For tips and general information about being prepared and ready at special events, read the Special Event Safety Guide before you attend.

Trash Removal
All streets will be cleaned after each day and trash containers on festival grounds will be emptied during and after the event.