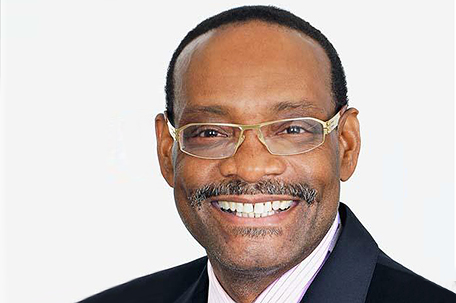 The Black community is “out of position” because our foundation – the Black family – has been broken by design. The Black family is out of position because the Black man and the Black woman are out of position by design. This is not relegated to any segment of our group – we have all been impacted (i.e. political, religious, income, etc.). As a Black man, I too am out of position and trying to turn my situation around. On a personal level, I, like so many of my peers, am a product of a broken family and being divorced twice, I have raised children in a broken family with my children repeating some the failures their parents and grandparents have made. Unfortunately, this design cycle will continue unless we figure out how to halt it. On a global scale, let’s consider the following:

The Black man is out of position by design. In too many cases, the Black man is unable to be the leader, provider (breadwinner), and protector of his family which has caused a serious crack in the male/female relationship. While this is not a new phenomenon, it has worsened over the past 50 years correlating with the high level of unemployment and underemployment for a significant population of Black men (nearly 45-60 percent). Black men are under attack from every socio-economic angle (nearly 2/3 subjected to the prison industrial complex) making him more stressed than any other group in America evidenced by the disparaging levels of health disparities, depression, drug addiction, domestic violence, family abandonment, and death. Recently, the Center for Disease Control (CDC) formally announced a new cause of death for Black men “Legal Intervention” – death caused by police. For many Black men, these and other issues threaten their ability to deal with our women. What are we teaching our sons?

The Black woman is out of position by design. Black women are equally out of position being thrust into the role as “head of household.” Their position is further supported by numerous public policies that favored them over their men and has developed a labor pool that over the past 50 years has significantly advanced the Black woman both educationally and economically (they go hand-to-hand) over the Black man – creating a sense of independence of the Black women towards the Black men. Coupled with discrimination in the work place (it’s been documented that corporate American view hiring Black woman as safer than hiring Black men); an inept public school system where Black males are failing three times higher than Black females (the pipeline is primed to continue this trend); the mass incarceration of our Black men; and mass media romanticizing “single mother head of household” – the subliminal message is that the Black women doesn’t need a Black man (I can do bad by myself). If truth be told and mothers are truly honest – this is a bad situation for everyone, especially our children. For those mothers who attempt to do it right, it’s exhausting. It’s nearly impossible for a mother to raise a family by herself. For many Black women, these and other issues threaten their ability to deal with our men. What are we teaching our daughters?

When we examine the issues of Black men and women, we must always consider the “legacy of slavery” and by design our family has been broken. Why? The 300-year captivity of Blacks serves as one of the saddest commentaries on man’s inhumanity to man. The tales of this period of our history were so brutal and morbid and the level of cruelty was incomparable to anything recorded in modern recorded history. Our ancestors were hunted, captured, sold, and treated worse than animals representing massive physical, emotional, psychological and spiritual trauma followed by 100 more years of Jim Crow laws, the enactment of Black Codes, domestic terror (i.e. KKK, lynching, police abuse, etc.), and the institutionalization of inequities and massive disparities that we continue to fight to this day. Our families have been broken by design.

These scars, trauma and the effects of such horrible abuse didn’t end with the abolition of slavery and we have inherited attitudes, personalities, mores, and traditions that have been shaped by these traumatic psychological conditions. How we view the role of father, mother, family, community, and self, have all been negatively influenced by our history in this country. Our families have been broken by design. In spite of these challenges, we have nothing to be ashamed of. In fact, our history should be a badge of honor and affirmation to the greatness of our people, and should be front and center in everything we do. We will never truly understand our plight and how our families were broken by design until we understand firsthand the enormity of the crimes perpetrated against our ancestors, which continue today with the massive disparities we face today with no real solution in sight. It’s no wonder that the Black children (male and female) are “out of position” because the Black man and woman (Black Family) is out of position by design but we can begin to fix this by relearning the skills needed to not only increase the number of our marriages, but also to increase the number of marriages that stay together.

Marriage is a skill that is only mastered by doing – if we don’t commit to it, we won’t be successful. Being a father and a mother is a skill that is taught from successful parents and also learned by doing. Being a man and woman in a family partnership where both parties are individually fulfilled is a skill that is also taught from successful parents and learned by doing. To address our issues we must stop repeating the failures of our parents especially as it relates to the number of children that are part of a broken family. In fact, in many cases, we are out-pacing our parents in the number of failed marriages or no marriage, number of children born out of wedlock, and the number of children with siblings that have a different father (and different last name), etc. In addition to the shrinkage of “good” Black families as role models (nearly 75 percent of all Black Families has a single-parent head of household), the statistical fact of the low number of Blacks marrying (nearly 45 percent) coupled with lost knowledge of the “skill/art” of marriage – our future looks very bleak unless we begin to address these issues head-on. While our families have been broken by design, we have the ability, capacity, and the historical strength to break this design.

To assist our community, PCOL will be hosting its first Conference on “Restoring the Black Voice” that will focus heavily on “Rebuilding the Black Family” and how we can begin strengthen our families at our next General Assembly on Saturday, May 17th (9am). We need 100 percent enrollment, your input, your participation, and your energy to make this Conference a success. Please sign up for the conference by going to www.philadelphiacommunityofleaders.org to register. PCOL needs you, our community needs you, and our people need you.

Your Brother In Peace,