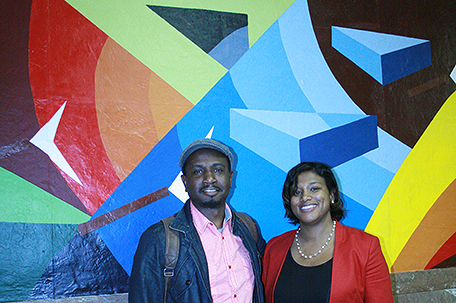 State Rep. Joanna McClinton, D-Phila./Delaware, participated in the dedication of new murals in Bartram High School, which were created as part of the Martin Luther King Day of Service on Jan. 18. 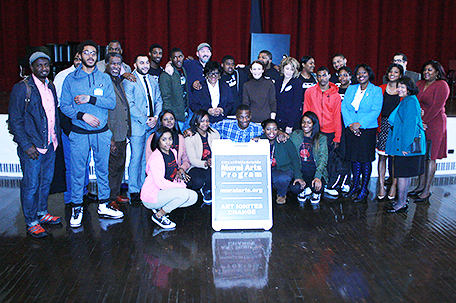 Rep. Joanna McClinton D-Phila./Delaware, joins students and others who participated in the mural dedication ceremony. (Photo: by Leona Dixon) 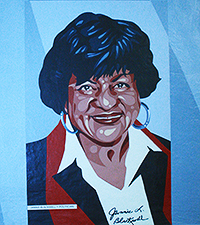 “This entire project has been a blessing for the school and community,” McClinton said. “It was thrilling to see so many different groups and volunteers work for the common good of the students. The murals will be a long-term reminder of the value of community involvement and cooperation.”

Three murals were designed: one each for the front entrance and hallways, the auditorium and the classrooms.

The murals feature a “Welcome to Bartram” sign, a city skyline image and the slogan, “chasing your dreams.”

The youth and young adults who volunteered from the Restorative Justice Guild are young adults who are serving probation and who are making a positive influence in their community, one mural at a time.