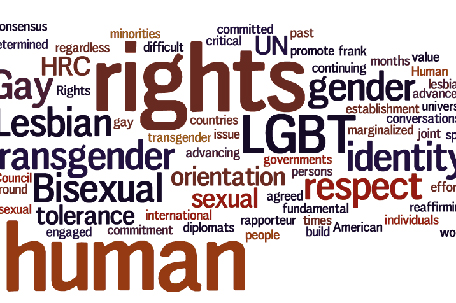 Mayor Michael A. Nutter issued the following statement regarding his support of Lesbian, Gay, Bisexual and Transgendered rights and against the passage of “Religious Freedom and Restoration Act (RFRA)” laws across the country:

“In recent weeks, we have been reminded time and time again that not all men and women are treated equally in the United States.  A report by the Human Rights Campaign issued last month showed that across the country, more than 85 anti-LGBT bills have been introduced in state legislatures.  Of those bills, two Religious Freedom and Restoration Acts have passed: one in Arkansas and one in Indiana.  These bills, which have been the focus of much debate and media attention, hide prejudice behind claims of religious freedom and endorse discrimination rather than support the rights of all Americans.

I look forward to a day when mayors no longer need to take individual action to protect the rights of citizens, but until that day we must continue to take action. Cities cannot allow the rights of its residents to be trampled by the wishes of a few close-minded individuals.  I want to encourage mayors and citizens to stand together against this kind of discrimination and work together to ensure that all men and women are treated equally.

Philadelphia is a city founded on the tenets of acceptance, diversity, tolerance and religious freedom.  We have, for hundreds of years, worked to ensure every citizen and visitor experiences a welcoming city, the true embodiment of Brotherly Love and Sisterly Affection.

And over the last 30 years, our city has built a tradition of equality for all, no matter a person’s religion, race or orientation, amassing strong policies and protections for our LGBT community, like trans-inclusive healthcare and life-partner recognition.  For our commitment to fairness and support of LGBT rights, the Human Rights Campaign ranked us the number one city for LGBT equality two years in a row.  We are proof positive that cities can support, embrace and protect LGBT rights even when its state does not.”