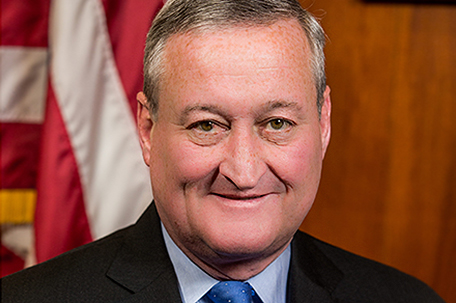 On Monday Mayor Kenney released the following statement in light of questions regarding whether City of Philadelphia employees may have participated in illegal activities last Wednesday, January 6, at the U.S. Capitol:

“I fully support the rights of all citizens — including our City employees — to exercise their First Amendment right to free speech.

But equally important issues are raised when any demonstrators break the law, and it is clear that hundreds of people did so last Wednesday in the abhorrent incursion of the U.S. Capitol.

“We are currently looking into at least one instance of a City employee said to have attended the activities last Wednesday, and we are specifically looking at whether that individual joined in the lawbreaking and violence. I sincerely hope that is not the case — I hope good judgment prevailed. But rest assured that should this individual or any City worker be implicated in criminal activity as a result of that demonstration, he or she will be disciplined up to and including termination.

“It is imperative to fully investigate any such reports, in order to separate truth from social media-fueled rumors. Anyone with information about any City employee who may have participated in illegal activity in Washington, D.C. last Wednesday should contact the Office of the Inspector General, by phone (215-686-1770), via email ([email protected]), or through 311.

Anonymous complaints will be accepted. The Inspector General will investigate any such credible information.

“To be clear, we do not at this time have evidence that any City employee broke the law last Wednesday when the Capitol was breached. And I cannot emphasize enough that any resulting investigations would not lose sight of the right to engage in First Amendment protected activity.”