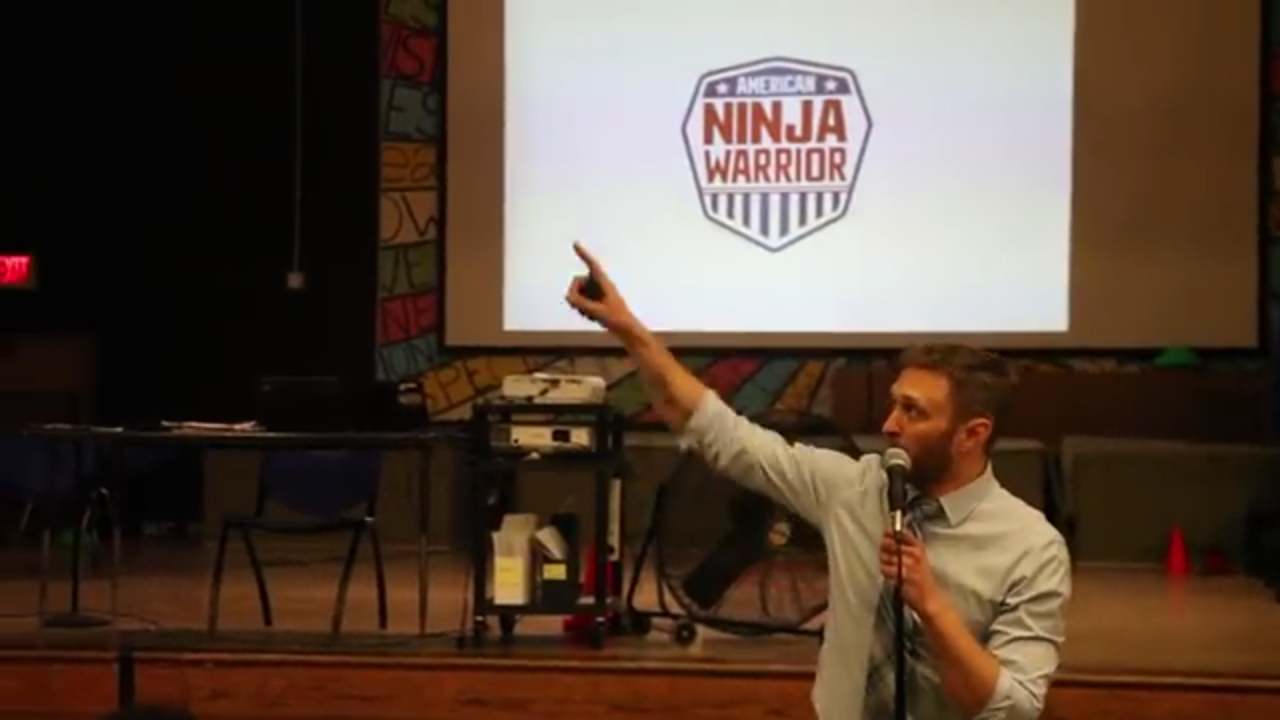 “He wants to use the high-profile competition to bring attention to the inequities of public school funding.”

Warshawer, who has been with Mastery for several years, and an avid rock climber for 20 years, said his students encouraged him to audition for the show which takes competitors through a series of physically challenging obstacle courses. Students even participated in his audition video.

While it would be exciting to win, Warshawer said that’s not his primary goal. His higher purpose is to bring attention to the inequities of public school funding.

“In some districts, the funding is two to three times greater and that level of funding is reflected in the performance of the students, Warshawer said.” This isn’t something we can ignore. Our elected officials are aware of the problem. This is something we can fix. We can address this.”

Warshawer will compete in a qualifying round this Friday, May 11 at the old Richmond Power Station at 3901 N Delaware Avenue in Philadelphia. If he qualifies and goes on to successfully complete the finals course in the regional competition, he will move on to the national finals round in Las Vegas with a grand prize of $1 million.

“Of course I’m excited and so are my students. I’m proud to be a part of Mastery Charter’s success in educating our young people,” Warshawer said. “If I get to the finals, it will be an accomplishment. The real victory will be increased funding for our public school students. The community needs to be aware that this is something we can change, something that will uplift our young people and help them succeed in life.”

SUN will keep you posted on this story.