Marc Morial, President and CEO of the National Urban League to deliver address at Community College of Philadelphia’s 51st Commencement 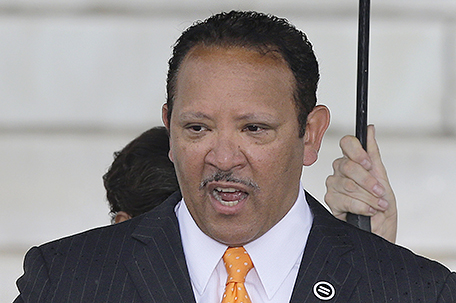 Marc H. Morial, president and CEO of the National Urban League and an advocate for economic empowerment, will deliver the commencement address at Community College of Philadelphia’s 51st Commencement on Saturday, May 6, 2017, at 10 AM in The Liacouras Center, 1776 N. Broad Street.

“We are honored Marc has agreed to speak to our 2017 graduates,” said Community College of Philadelphia President Donald Guy Generals. “Mr. Morial understands the importance of education and shares our admiration for individuals who are investing in themselves and creating a foundation for a better future.”

As he travels the country, Morial has referred to economic empowerment and justice issues as the new civil rights frontier. As Morial speaks this year, 19 graduates of the KEYS (Keystone Education Yields Success) program will be celebrating their own personal victory in the audience. Each began college classes while on public assistance and have since found jobs or careers. Nine of the KEYS graduates are currently Honors students; four of them will receive an associate degree in Nursing, where the average entry-level salary for a registered nurse in Philadelphia is between $50,355 and $80,740 a year. Naya Williams, one of the KEYS participants, was 18 years-old when her mom died. She reared her three siblings and sent them to College before enrolling for courses herself. She will receive an associates in Nursing.

A long-time advocate for individuals seeking meaningful employment pathways, Morial has been a powerful voice for economic inclusion. As President and CEO of the National Urban League since 2003, Morial has served as a seasoned strategist for revitalizing communities and local economies. His energetic and skilled leadership has expanded the League’s work around an Empowerment agenda, which is redefining civil rights in the 21st century with a renewed emphasis on closing the economic gaps between Whites and Blacks, as well as other communities of color, and rich and poor Americans.

A graduate of the University of Pennsylvania with a degree in Economics and African- American Studies, he also holds a law degree from the Georgetown University Law Center in Washington, D.C., as well as numerous honorary degrees.

Under appointment by Barack President Obama, Morial has served as Chair of the Census Advisory Committee, a member of the President’s Advisory Council on Financial Capability, and on the Department of Education’s Equity and Excellence Commission. He was also appointed to the Twenty-First Century Workforce Commission by President Bill Clinton.

Morial has been recognized as one of the 100 most influential Black Americans by “Ebony Magazine,” one of the Top 50 Nonprofit Executives by “The NonProfit Times.” He was named one of the Top 100 Black Lawyers in America and he is recognized on the National Park Service’s International Civil Rights Wall of Fame.