Man on city bus stabs passenger in the face with screwdriver 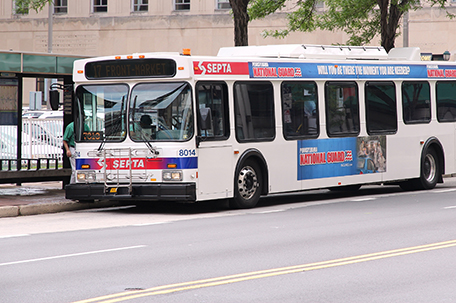 An official says a passenger on a Philadelphia city bus stabbed another man in the face with a screwdriver after an argument.

Southeastern Pennsylvania Transportation Authority [SEPTA] spokeswoman Carla Showell-Lee says the altercation occurred on the 23 bus in the city’s Germantown section around 8 am. Wednesday.

She says the 19-year-old victim was taken to a hospital, where he received four stitches to the slash wounds on his lip. The other man fled and is being sought.

Showell-Lee said it’s unclear whether the two knew each other or what the argument was about.