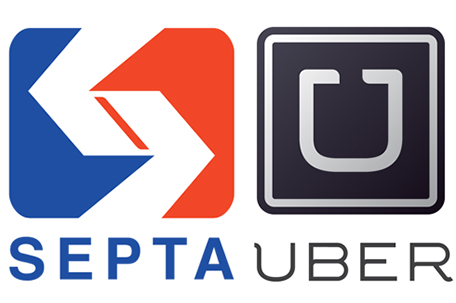 Uber and SEPTA are excited to announce a partnership aimed at improving access to transportation throughout Southeastern Pennsylvania. The partnership will launch as a summer pilot program, running from Wednesday, May 25 to Monday, September 5.

Throughout the pilot, riders will receive 40 percent off Uber rides that begin or end at select Regional Rail stations in Bucks, Chester, Delaware, and Montgomery Counties.

The 11 stations selected are among SEPTA’s busiest, with high ridership and limited availability of parking spaces. Riders can now avoid the hassle of parking and enjoy an affordable and convenient connection home from the train.

SEPTA General Manager Jeffrey D. Knueppel said the Authority wants to explore the potential for ridesharing to bridge the “first and last mile” gap, or the distance between someone’s home and a rail station.

“SEPTA’s partnership with Uber creates exciting new options in our ongoing efforts to provide residents with an efficient and comprehensive transportation network,” Knueppel said. “We expect this to be a valuable service for our existing customers, and also hopefully a tool to bring new riders into the SEPTA system.”

Uber Pennsylvania General Manager Jon Feldman agrees, “Uber coupled with SEPTA’s rail network becomes a powerful tool for Pennsylvanians to quickly and efficiently travel around the region, reducing reliance on automobiles, carbon emissions and more. Our technology platform has made it easier to move away from personal car ownership and embrace mass transit systems like SEPTA, invigorating transit throughout the region.”

Across the country, increased transportation options have led to a decrease in car ownership and two-car households. In a recent American Public Transportation Association (APTA) study, 20 percent of respondents who’ve started to use shared modes of transportation stated they had postponed buying a car, 21 percent sold a car and didn’t replace it, and 18 percent had decided not to purchase a car entirely.

As the partnership develops over the next few months, Uber and SEPTA hope to see an increase in ‘Supersharers’ in the region, driving down congestion, pollution, and the need to own a car. Supersharers are people who use several shared modes of transportation, like carsharing, bikesharing, ridesharing and public transit.

•  Trips must begin or end within the parking lot grounds of the 11 participating stations.

•  Riders will automatically receive 40% off (up to $10) qualifying rides, no promotional code needed.

•  Promotion is valid through Monday, September 5.

•  Valid on all Uber trips including uberX, UberBLACK, uberPOOL, and WAV.

New to Uber?  Sign up with the promotional code ISEPTAPHILLY for your free first ride up to $15.