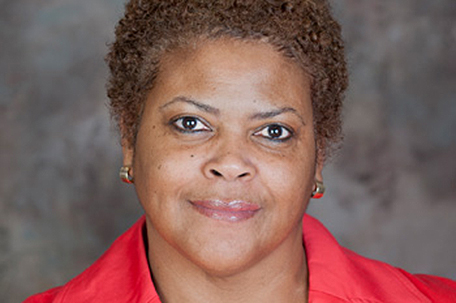 Inauguration exercises to begin on Oct. 20

LINCOLN UNIVERSITY, Pa. – Lincoln University welcomed its 14th president, Brenda A. Allen, Ph.D., on July 1st. Allen is quickly becoming acquainted with the current priorities at the institution through meetings with her executive staff, trustees, faculty, alumni, supporters and persons with whom the University does business. She has also begun informal meetings with all departments on the campus in order to meet the employees in their work space and to get their views on things of importance that will enhance the educational experience of our students.

Lincoln University will celebrate the inauguration of  Dr. Allen on October, 20, 2017. We invite you to attend the inauguration events on October 20 on the beautiful 422-acre campus in Chester County, Pennsylvania. You are invited to RSVP by going to http://www.lincoln.edu/presidential-inauguration and using the form.

Allen came to Lincoln from Winston-Salem State University, where she served as provost and vice president of academic affairs.  Her legacy of accomplishments include leading the revision of the curriculum; overseeing the establishment of WSSU’s first two doctoral programs; expanding undergraduate research funding; restructuring academic support to strengthen advising; creating an Office of Faculty Affairs; strengthening standards for tenure and promotion; and helping raise more than $10 million for capital projects; scholarships; and other student support. Under her leadership, the University’s retention and graduation rates rose, the number of students engaged in research and study abroad increased, and faculty became re-energized.

“Dr. Allen’s commitment to ensuring that our students receive the education they deserve has resulted in a lasting legacy here at WSSU,” said Chancellor Elwood L. Robinson. “Her vision for a university that offers a high-quality, high-impact liberal education has transformed our institution. I am not in the least surprised that she was selected to lead Lincoln University.”

Allen assumed her position as provost at Winston-Salem State University in 2009 after serving six years as associate provost and director of institutional diversity at Brown University. Prior to joining Brown University, Allen held a number of academic and administrative positions at Smith College in Northampton, Massachusetts. Promoted through the ranks at Smith to full professor, Allen served as the chair of the African American Studies Department, the assistant to the president and director of institutional diversity, and special assistant to the Provost.

Prior to her tenure at Smith College, Allen spent three years at Yale University in New Haven, Connecticut, where she held several positions, including postdoctoral fellow, postdoctoral associate in the Department of Psychology, and lecturer in the departments of psychology and African American studies.