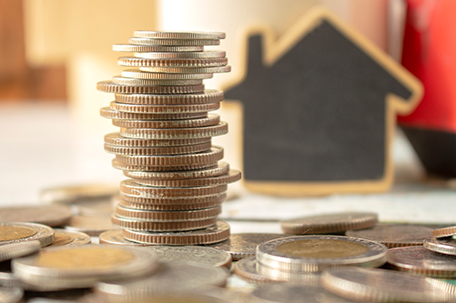 The proposed legislation is the product of months of research work and collaborative feedback from Council members, the office of Mayor Jim Kenney, and other stakeholders. The proposed changes come in response to calls from some Council members, as well as housing advocates, for changes to the abatement policy to generate additional property tax revenues to fund needed city services, as well as the School District of Philadelphia.

“Is a 10-year, 100 percent tax abatement still needed in the City of Philadelphia?” Clarke asked rhetorically in a press interview in September. “I would say absolutely not.”

“We are working collaboratively with all Councilmembers, the Mayor and all interested stakeholders to find common ground on important reforms to the tax abatement policy in Philadelphia,” Clarke said last Thursday..

In a related move, legislation was also introduced today to increase the city’s existing Homestead Exemption for homeowners. More than 200,000 homeowners take advantage of this exemption, which is currently set at $45,000. This proposed bill will generate millions of dollars in additional savings for homeowners.

Over the summer and fall, Council engaged in a collaborative process in which members offered feedback on what they believed were potentially necessary reforms to the city’s abatement program, Council staff conducted further research, and were assisted in the process by Econsult Solutions Inc.  Council also solicited input from Mayor Kenney and his staff, and other interested stakeholders as well.

According to research conducted by Econsult Solutions in coordination with Council, the 10-year “phase-down” of the real estate tax abatement policy – on new residential construction only – would generate an additional $264.7 million in tax revenues to be allocated between the city’s General Fund and the School District over the next 10 years.

Two decades since the tax abatement program’s inception, Council’s research noted that the city’s population has increased by nearly 100,000 people over the last decade, more than 50,000 jobs have been added to the local economy, and over 50,000 building permits have been issued since 2010. Today, this research shows, the city’s immigrant population is increasing, more people want to live in cities such as Philadelphia again, empty nesters are returning to downtown, and the city’s growing college graduate population is remaining in Philadelphia.

At the same time, nearly 400,000 Philadelphians remain mired in poverty – one of every four city residents. City Council is working intensely to lower the city’s poverty rate through the Special Committee on Poverty Reduction and Prevention co-chaired by Councilmember María Quiñones Sánchez (D-7th Dist.) and three other co-chairs from the Kenney administration and the city’s non-profit community. Council President Clarke has set a goal for the committee’s initiatives to help lift 100,000 Philadelphians out of poverty by 2024.

These two large contrasting factors – the city’s downtown economic boom, and persistent poverty in many outlying neighborhoods – frame the debate around the tax abatement, and calls for it to change to put more tax revenues to work helping citizens and educating children.

The legislation will be assigned to Council’s Committee of the Whole. A public hearing is expected in the coming weeks.