‘The King and I’ and Jeoffrey Watson 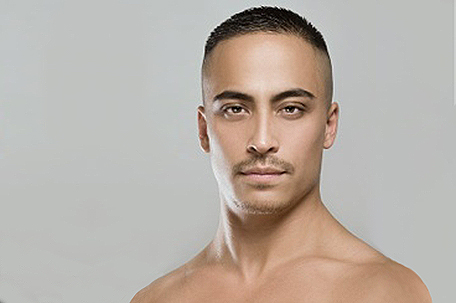 Whether it was the 1951 Broadway musical or the film remakes, ‘The King and I’ is a story that holds a special place in the hearts of many. The Tony Award winning musical tells the story of Anna, a 19th century British school teacher and the developing phases of her relationship with Mongkut, the King of Siam. ‘The King and I’ makes its next stop at The Academy of Music here in Philadelphia. Ensemble cast member and dancer Jeoffrey Watson expressed his excitement about being apart of this iconic show.

Watson is an East Coast native, born and raised in Staten Island, New York. His fascination with dance started at a young age. Initial intrigue paired with preparation landed him an audition with a very prestigious school. “As a young boy, I danced in a local studio where I grew up. From there I realized I wanted to move on and train technically, so I auditioned for the Professional Performing Arts School in Manhattan with the Alvin Ailey school. That was my technical training… Ballet, Modern, African… we even had to do yoga. Things moved forward since that audition and I haven’t stopped since then thankfully.”  The training he received thereprepared Watson to excel in the world of dance.

Watson, like many of us, feels a deep since of connection to the story of ‘The King and I’. He describes the show as “a glimpse into the evolution of two different parts of the world that’s being told through a hyper-emotive story about the clash of culture, tolerance and compromise.” Watson also offered a bit of nostalgia about his initial introduction to the familiar story.  “I had seen the original movie with Yul Brenner growing up. I always remembered “Getting To Know You” and the iconic arrangements that were present. As I got older, I came upon “Anna and The King” with Jodie Foster. It gave me a whole other spin on the story and how it was conveyed in the film rather than in the musical. It was something that always resonated with me. It always tugged at my emotions and my mind. Those two films were at the forefront of my mind while auditioning.”

Though the auditioning process ended with Watson landing the part, the road that lead to the “yes” was far from a walk in the park. Watson shared his experience with a light hearted laugh. Watson says, “I auditioned originally when they were putting together the New York company and I didn’t hear back at that point. Maybe a year and a half had gone by, and some new additions for ‘The King and I’ had come up. After auditioning the first time, I fell in love with the choreography, the arrangements, the music and the storyline. I knew I wanted to go back and continue to audition. I did it and that was certainly not just one audition. It was probably the most I ever auditioned for anything in my life. At a minimum we were back at least five times but it was well worth it!”

After landing his dream job, Watson expressed his appreciation for the dynamic choreography. The original choreography was created by Jerome Robbins. The current choreography team includes lead choreographer Christopher Grittelli and associate choreographer Greg Zane. Watson described the choreography as, “beautiful, drenched in a specific culture. Anyone viewing it really feels the impact of the movement and gets transported exactly to where we want them to be in the storyline.”

When asked about the most rewarding aspect of his experience with ‘The King and I’, Watson struggled to find just one. “To give one seems unjust. I can go on for an hour about my fortune and honor being able to do this show. If I had to choose one, I’d have to say to be doing the Jerome Robbins’ choreography is so humbling and one of the biggest honors if not the biggest honor of my life. I wake up every morning feeling crazy that I’m even getting to dance that gorgeous ballet and be in this production. It’s one of the biggest blessings in my life!”

‘The King and I’ appears at The Academy of Music from March 22nd through April 2nd.  Visit www.kimmelcenter.org for more details.