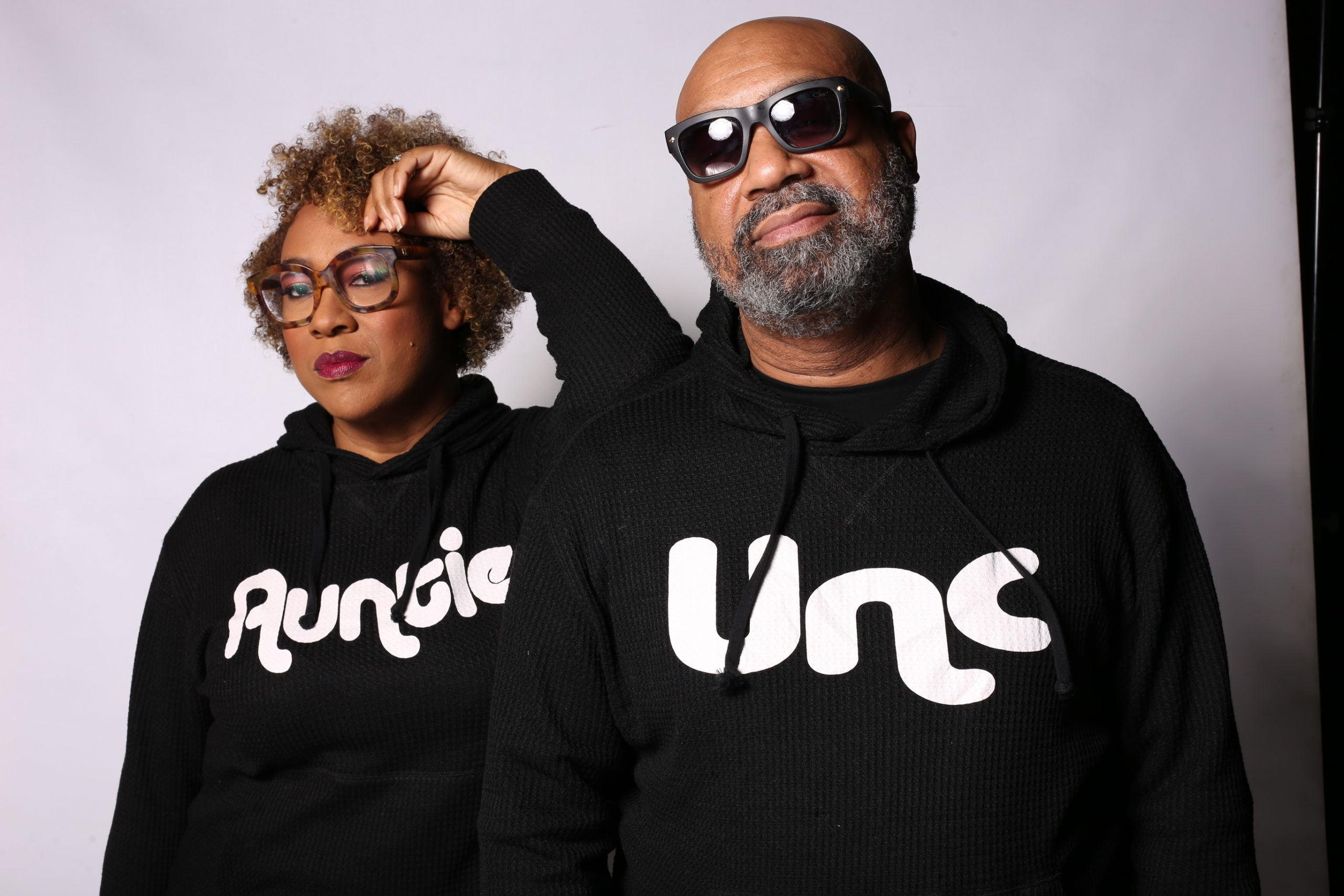 “If we can be as much of a support for one another as possible, helping people to realize that they’re significant in the world.”~ Aja Graydon, Kindred the Family Soul

Dantzler and Graydon are not elders but enjoy being seasoned citizens with wisdom to impart, thus the album title “Auntie & Unc.”

The new album, which dropped on March 27, has already risen to the top of the R&B music charts in the U.S. and around the globe.

“To be honest we weren’t even thinking about charting, just releasing some music,” says Dantzler who credited on Instagram the genius of the musicians and production team including Grammy award-winning Vidal Davis.

On April 3, Kindred the Family Soul is continuing the momentum of their album by performing a virtual online album release concert titled “Auntie & Unc Backyard BBQ.”

Celebrities and music lovers from around the world supported Kindred by purchasing the new album along with tickets to watch the online concert on April 3 including Cece Penniston, India.Arie and many more that want to see this story of Black  love continue to be shared with the masses.

“Auntie & Unc,” which has eight songs, is an independent effort that went from the studio to being directly distributed to the world via streaming platforms–with music lovers having the option to purchase the album as a digital download, cd or on vinyl directly from their website kindredthefamilysoul.com.

It is their seventh studio album, and speaks to the resiliency and triumph of the human spirit, and stands as a testament to Black love.

Kindred have let us into their world of 22 years of marriage as their family blossomed from one child to now six. Their oldest son Aquil is now a college student and also a recording artist.

Kindred the Family Soul’s music is needed to carry us through these difficult times in our nation, especially having to survive the past four years.

The “Auntie & Unc” album is the much needed water for the dehydrated parts of our soul.

Half of the album was recorded during the pandemic. In addition to the history of good music that Kindred has given us for the past 18 years, the world is also equally excited about their journey of keeping a Black marriage and family together in a country and system that was designed to break it.

Graydon and Dantzler have survived and thrived during the pandemic lockdown. Graydon began co-hosting on Jill Scott’s “J.ill” podcast on iheart radio along with Laiya St. Clair. They also started their own streaming platform called the Kindred Presents Legacy Network in December 2020. The network, born out of their live in-person artist interview and performance series “Kindred Presents,” has programming ranging from music videos, artist interviews and performances, drama series, mini documentaries and more.

“We have been doing our program “Kindred Presents” for four years before we got to that space, that’s what we have been striving to do for years previous to the pandemic,” said Dantzler on why he decided to create a streaming platform.

“When the pandemic hit, it was just basically like, ‘now is the time for that type of presentation.'”

The album is a classic. You will not skip a song. Several love songs on the album including “Black Love Story,” “I Believe,” and “Made It” (which has a gospel feel) will inspire and touch your soul whether you are in a partnership or single.

“This pandemic has caused a lot of people  to really grapple with their mental health,” Graydon said.

“If we can be as much of a support for one another as possible, helping people to realize that they’re significant in the world.”

“Auntie and Unc” also speaks to resiliency of Black people.

“We ran your riot down and we still around…You tried everything you could to put us in the ground,” Aja sings in the Afrobeat-driven song “Rejoice, Renew, Repair.”