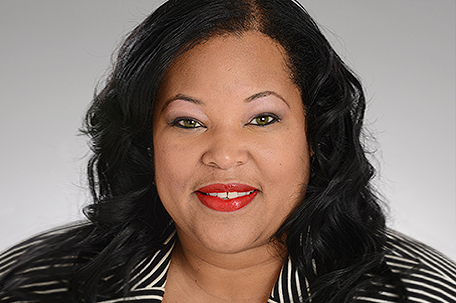 Keystone First VIP Choice is a dual eligible special needs plan (or D-SNP) which focuses on individuals who are considered to be low-income, below the poverty level, as well as over the age of 65. The program — instituted on January 1, 2013 — also serves individuals that are low-income, under the age of 65, and considered to be permanently disabled. They have to be permanently disabled for two years, Tonya Moody, vice president of AmeriHealth Caritas’ Pennsylvania Medicare VIP plans, said.

“[The plan] provides extra benefits to individuals who otherwise wouldn’t receive them through your traditional fee for service Medicare program,” she explained. “Those extra benefits include eyeglasses, dentures, denture repairs, transportation, [and] hearing aids to support them with their additional daily life needs.”

Many people do not realize that the traditional Medicare fee for service program does not cover those particular services, Moody said.

“Imagine your life without eyeglasses; you can’t see,” she said. “Or if you are not mobile [enough] to go to and from the doctor’s office. We help support that with these particular managed care plans.”

Moody, who has been with the company in some capacity for 30 years, is one of its staunchest supporters. She began as a marketing representative, and worked her way up through various departments. She has served in her current capacity for a little over six years, after serving in the Medicaid division for 25 years.

“I started here because I thought that the mission of the organization was aligned with the purpose of my life, and I’ve been here ever since,” Moody said. “Giving back and serving the community — which I’ve had an opportunity to do within my career — is something that I really appreciate. Every day, we help individuals learn about the benefits and services that are available to them that they otherwise wouldn’t be aware of, and we help connect them to care. I couldn’t have had a better job.”

“There is your traditional one that’s similar to [what is offered by] our parent company, Keystone 65 Blue Cross and Blue Shield,” she said. “They have an EAP, which is an annual enrollment period that basically ranges from October 1 through December 7. That’s also the time period when individuals who are in those traditional plans can change or make a plan selection.”

However, until last year, individuals enrolled in the dual eligible special needs plan program were allowed to change every month.

Beginning this year, they’re only permitted to change their plan once per quarter (January, April, July, October), Moody said. The exception is that in the last quarter, which extends from October through December 31, they are not permitted to make a change. However, if they do make a change during that quarter, they will not be enrolled into the new plan until January 1 of the following year.

The Keystone First Community HealthChoices program was first instituted in the southwest region of the Commonwealth, comprised of about 14 counties surrounding Pittsburgh and Allegheny County, on January 1, 2018, Moody said. It was instituted in the southeast (or Keystone) region — which is comprised of Bucks, Chester, Delaware, Montgomery and Philadelphia counties — on January 1 of this year.

“Community Health Choices (CHC) is a state mandate for those individuals that were in Medicaid fee for service,” she said. They are now required to either self-select a managed care plan, or they’re going to be auto-assigned into one of the three plans. Keystone First Community HealthChoices is the regional plan.”

These plans cover their Medicaid services. However, to receive a full complement of their benefits after reaching the age of 65, they will also need to select a Medicare plan.

One of these plans is the dual eligible special needs plan, Keystone First VIP Choice.

These are called aligned plans, Moody explained. This is when an individual has two plans umbrellaed under one company; for instance, their Medicaid plan — which is Keystone First Community HealthChoices — and Keystone First VIP Choice, the Medicare plan.

“They will receive one ID card for both plans,” she said. They’ll have one service coordinator for both plans. The care management departments will coordinate the social services that they need. In addition to that, they only have to deal with the one primary care provider for both plans, as well as any billings, claims, anything that they may receive…a lot of these individuals should not be receiving bills, because of the way that their plan is structured. They may have some co-payments and co-insurances, but other than that, most of the plan covers their benefits and services.”

Individuals are also free to choose an unaligned plan, Moody explained. This means that they can select Keystone First VIP Choice and that of another one of their competitors’ CHC plans.

There is a concerted community education effort underway to inform people about the program.

“The Office of Long-Term Living — which is umbrellaed under the Department of Human Services — has developed literature which is available on their website,” Moody said. “In addition to that, they’ve done mass mailings to individuals who are eligible for the plan to educate them about the change as well as the benefit to them. They’ve also developed various community site locations to educate prospects who may be eligible for the plan, as well as service coordinators and providers’ offices.

The company also acknowledges the complex healthcare challenges of the burgeoning homeless population, many of whom are seniors and are from underserved communities.

“We identify what their needs are before they join the plan,” she said. “Then from there, we develop care plans, treatment plans and care coordination.”

If there is a need for housing, social workers connect them with different agencies to help address it, she said. They also visit shelters on a regular basis to educate individuals about the different resources that are available to them.

It is extremely important for current Medicaid recipients — many who will become dual eligible for both Medicaid and Medicare programs — to make sure that their caseworker changes their indicator in the system to a dual eligible status 90 days prior to their 65th birthday, because their Medicare Part A and Part B will not kick in until then, Moody said. However, they will not come on to the Medicare benefit or plan for Medicare A and B until the month after that birthday.

Individuals who qualify for their dual eligible special needs program (D-SNP) – again, those who are low-income seniors and individuals under the age of 65 who are considered to be permanently disabled —would receive Medicare Part A and Part B automatically. This does not always happen, Moody said.

“We encourage them to call the Social Security Office and to inquire about their eligibility status,” she said.

Past work history can make a difference.

There is also assistance available in-house.

“We have a telesales division set up which is an informational team that is there just to answer questions,” she said. “They will help you navigate through all of these processes, and direct [individuals] to the different county assistance offices where their caseworkers are located, and will give them very pointed questions to ask to make sure that they know what they are doing regarding the next stage in their life and in their health care. They can also educate them about the various plans that are out there.”

Moody suggested that those currently not enrolled in the Medicaid program, but who may be eligible, begin by researching the income guidelines on the Department of Human Services website. Those who do not meet these guidelines have other options to explore.

“They would go into the Medicare fee for service program, either Part A or Part B,” she said. “Sometimes they have to buy into Part B —there’s a premium they have to pay every month. Once they call and apply through the Social Security Office, they will give them all that information and let them know what they’re eligible for, and what their payment status is.”

For more information, you can reach Keystone First VIP Choice by calling: (833) 243-8258; representatives are available to answer questions about plans, benefits, and services seven days a week, from 8am until 8pm. They can also be reached at: www.keystonefirstvipchoice.com or on the state website at: www.healthchoices.pa.gov.