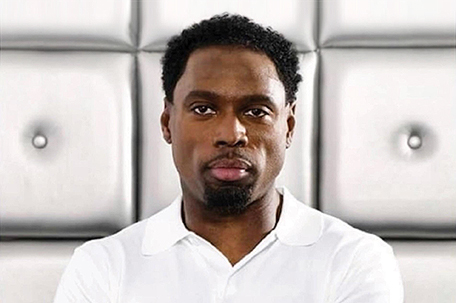 KeVen Parker was a celebrated entrepreneur and restaurateur in Philadelphia who became a self-made success by sheer determination, staying focused, and a strong desire to make it big in a positive way.

His award-winning restaurant, Ms. Tootsie’s on South Street, named after his beloved mother Joyce, quickly became the place for locals, dignitaries, elected officials, and celebrities including Oprah Winfrey, Patti Labelle, Jill Scott, and Will Smith, to name a few. People came from all over for his famous soul food.

Sending shock waves through the city, Parker passed away on January 14, 2021 after a long battle with cancer and diabetes. He was 57 years old.

Lynette Saunders, KeVen Parker’s sister stated,  “If you didn’t really know KeVen, but you came to eat at one of his restaurants, or you attended an event that he catered more than once, many said, “That brother could cook. His food was par excellent”. If you looked at material things, many have commented over the years, KeVen Parker has made it to the top of his game. His home is fabulous. All of his businesses are impeccable. He dresses with class and style. Everything he does with a flair”.

“My brother had the biggest heart for so many people,” Saunders said. “However, I could never tell in one story the countless thousands of people he assisted over the years. He helped his employees above and beyond what a boss would do for a staff member. If KeVen learned one of his employees was about to be evicted or someone in their family had passed, my brother would step right in to be helpful however he could. My brother would take the shirt off his back, to give it to someone else in need.”

“We grew up in West Philadelphia,” Saunders continued. “For a while we lived in the Haddington Projects, but eventually our mother saved enough money to buy a house for us in West Philadelphia.  KeVen was a few years younger than me. He graduated from Overbrook High School and he did attend a Culinary Arts School. But truth be told, my brother really learned how to cook from our mother.”

“My brother loved to cook ever since he was a little boy,” she recalled. “He used to love to watch our mother cook and eventually he joined in, helping her to cook. One of his first favorite meals to prepare with our Mom was stuffed green bell peppers with rice; homemade tomato sauce, rice and ground beef with all kinds of seasonings mixed in.”

“What I want people to remember about my brother is that he was really genuine,” Saunders said. “He was down to earth. KeVen loved to see other people have success. For example, if you wanted to open a restaurant, he would help you. He would nurture you. He always encouraged people to go after their dreams, to try, even if they failed. He and my mother were book readers. They loved to read. It was only the three of us and when our mother passed, KeVen was never the same again.”

“KeVen Parker was my official caterer for all my events for many years,” she said. “I don’t care how large or how small the event was that I was hosting, only one name came from my mouth when I needed food for an event, KeVen Parker, and he knew it. I had people argue with me because they said I was being unfair. They accused me of not giving other catering businesses an opportunity to work for me, but KeVen was my caterer from the time we did an event for 8,000 homeless people at the PA Convention Center almost 20 years ago.”

“My guests have had nothing but KeVen Parker food,” Blackwell continued. “Quiet as its kept, one year, KeVen was so appreciative of his staff, to show them how much, he took his entire team to Puerto Rico as a way to say thank you. KeVen did so much for so many people. Everybody has stories about how KeVen lifted up people around him who needed a helping hand. He was remarkable.”

Philadelphia Sheriff Rochelle Bilal was also stunned and saddened to hear of the death of KeVen Parker stating, “KeVen Parker was my friend. I don’t remember when I met him, all I remember is that he just showed up one day and has always been there for me. KeVen had a heart of gold. When I decided to run for office, KeVen was the first person who stepped up to support me. You don’t get too many people who will have your back, through good days and bad ones, KeVen was that for me. My heart is broken, and he will be missed, but he will never be forgotten. R.I.P. my friend.”

Minister Rodney Muhammad, leader of the Nation of Islam, Mosque #12 in Philadelphia and the president of the Philadelphia Chapter of the NAACP, recalled how he pushed to get KeVen Parker’s catering business name included on the list of official caterers for the National Museum of American Jewish History in Philadelphia.

“The last few years that I was president of the Philadelphia NAACP, we hosted our annual awards event at the National Museum of American Jewish History, and we went into that venue with the mindset that we wanted to hire KeVen Parker to handle our catering needs,” Muhammad said. “At the time, the museum already had a preferred list of caterers that they used, and Parker was not amongst them. Well, I had to get that changed.  I arranged for KeVen to do a food tasting for the decision makers at the museum and once they tasted his cuisine, that was it.  KeVen became the only African American caterer on the official caterers list at that museum and they had no regrets. I was saddened to learn of his passing. He was a phenomenal person. He was such an asset. When you hired KeVen Parker, you got more than a caterer. You also got a decorator. Everyone loved his food and they loved him.”

Catherine Hicks, publisher of the Philadelphia Sunday SUN  shared that KeVen Parker was one of the first people to know that she and Jerry Mondesire, who he affectionately called his brother, had officially become a couple.  Mondesire, who was the founder and publisher of the SUN, and then president of the state and local chapter of the NAACP, would call on KeVen to cater the many award galas, public and private events he hosted over the years.  “KeVen was a remarkable and gifted person. His style and culinary skills were unmatched.  I have so many fond memories of KeVen and the special moments he allowed us to share with him. It was truly an honor to call him my friend.”

KeVen Parker will be remembered as a pioneer in the restaurant, catering, and food industry.

Keven Parker Take a Ride on the Love… Bus?