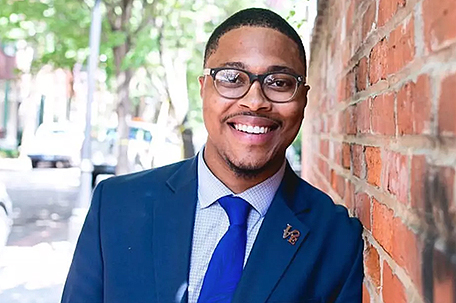 HARRISBURG– State Rep. Malcolm Kenyatta (D-181st Dist.) recently announced he was appointed to serve on several House committees in order to better provide for and serve his district for the 2019-20 legislative session.

The freshman legislator has been selected to serve on the Commerce; Liquor Control; State Government; Tourism and Recreational Development committees.

“With all of the political discourse we are experiencing across the commonwealth and as a nation, I am ready to charge in head first and push for meaningful discussions within these committees on the issues that have a direct impact on my district and the people I serve,” Kenyatta said.

Kenyatta added that while all of these committees are crucial to better serving his district, he plans to use these committees as a platform to push for a raise to the minimum wage of $15 per hour as well as investments in commercial corridors.

“I plan to advocate for policies that create good-paying jobs and raising the wage for our workers who have helped to skyrocket production while seeing minimal gains in their savings accounts. Poverty has had a crushing impact on too many Pennsylvanians, and with Philadelphia having a higher cost of living, these low-wage workers are getting even less per dollar than their counterparts across the central part of the state. Essentially, our policies as they are written now ensure that low-wage earners in Philadelphia do not have the same basic standards of living as workers in the central part of the state. This needs to change.”

Kenyatta encourages residents to stay up to date on his work by signing up for his periodic e-mail updates through his website: www.pahouse.com/Kenyatta.