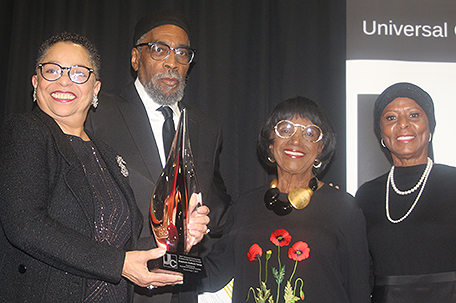 ALL AROUND PHILLY: Social Scene

It was an amazing evening as music icon Kenneth Gamble and his lovely wife Faatimah presented their Fifth annual “Evening of Style and Grace-School Days Edition.” The Gambles, founders of Universal Companies, celebrated 25 years of service to the community. The fundraising event took place at Universal Audenreid Charter High School in South Philadelphia on December 7th. Proceeds from the spectacular fashion show benefit Universal programs including “Pearls of Wisdom,” “From Boys to Men,” and the Universal Audenried Charter High School Culinary Arts Academy, where youth are provided with cultural and entrepreneurial opportunities to help them develop their full potential.

“I personally thank Bob and Charmaine for their generous support of my wife’s programs over the years. Their generosity is immeasurable,”  remarked Kenneth Gamble.

Amirah Munson — a senior at Preparatory Charter School and participant in the Pearls of Wisdom program — and Christopher I. Roberts, a 16-year-old, straight A student at Mathematics Civics & Science Charter School were terrific as mistress and master of ceremonies. 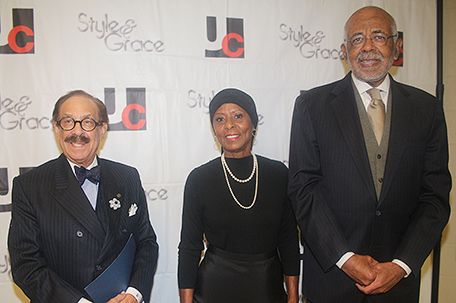 Congratulations and thank you to Faatimah and Kenneth Gamble and congratulations to the honorees, students, supporters and all involved in this phenomenal event!

Mrs. Faatimah Gamble—persuading our men to get real with their health