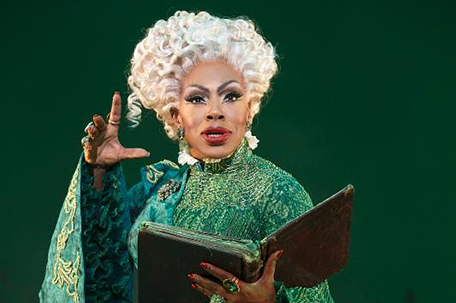 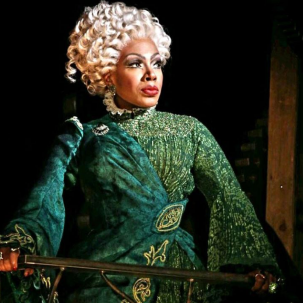 Keeping Up with Sheryl Lee Ralph!
By Monica Peters

Actress and philanthropist Sheryl Lee Ralph has been chatting with The SUN for about four months to give us a peek into a “day in the life of.” During our in depth interview, she talks candidly about everything from her stellar career (including hitting hard times for a few years after starring in the family sitcom Moesha), her work as an AIDS activist, her marriage to PA State Senator Vincent Hughes and more. She also chats about two new films she’s starring in scheduled to hit theaters 2017.

First, it must be noted that Sheryl Lee Ralph looks fabulous at 60 and proud of it. She makes it clear what her beauty secret is and how she avoids the common pitfalls of Hollywood. 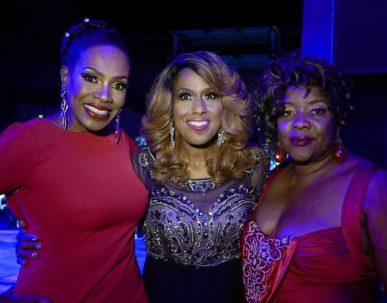 “I don’t overdo anything. Some things you just shouldn’t do. You can’t use all those hard drugs, it will wear you down. It will wear you out,” says Ralph.

“Drink lots of water and love what you see when you look in the mirror.”

Ralph is currently starring on Broadway in Wicked as Madame Morrible. Beginning her Wicked debut in November 2016, Ralph makes history as the first African American to play the character. She filled the vacancy left by Tony Award winner Judy Kaye who took her final bow in October. Ralph will star in the role until April of this year.

One of the reasons Ralph was asked to join the production to fill the vacancy was that “they wanted to pay homage to color-blind casting – casting a character with the proper talent,” she said when she spoke to a New York theater publication last year.

Wicked takes place in the Land of Oz long before Dorothy arrives. It is the story of two young girls, unlikely friends, who would later become the Wicked Witch of the West and Glinda the Good Witch.

The SUN began our journey speaking with the ultimate “Diva” while she was in Louisville, Kentucky preparing to accept the 2016 Muhammad Ali Humanitarian Award for Global Citizenship. She was honored for her dedication to raising HIV/AIDS awareness and her fight to eradicate the stigma of the disease. 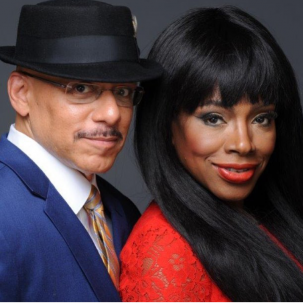 She was in good company with fellow awardee Oscar winner Louis Gossett, Jr. who was honored with an Ali award for education.

Ralph, who has been working in Hollywood for over 35 years, starred as Deena Jones in the iconic 1981 Broadway production Dreamgirls. The role propelled her and fellow co-stars Jennifer Holiday and Loretta Devine into legendary status. Ralph received Best Actress nods for Tony and Drama Desk Awards for her performance. Her television credits are numerous including hit shows such as Designing Women, Moesha, Instant Mom and most recently on the Showtime hit Ray Donovan to name a few.

She has also been holding it down in film during her career starring in the The Mighty Quinn with Denzel Washington, Mistress with Robert de Niro; To Sleep With Anger with Danny Glover and The Distinguished Gentlemen with Eddie Murphy. Ralph scored a win for Best Supporting Actress at the Independent Spirit Awards for her performance in To Sleep With Anger.

Ralph, who has always been very vocal about HIV/AIDS, founded DIVAS Simply Singing in 1990, the longest 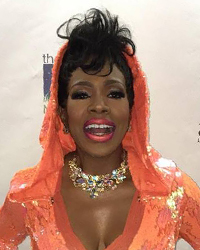 consecutive running musical HIV/AIDS benefit in the country. The show is wildly popular in Philadelphia.

She is also the founding Director of The Divinely Inspired Victoriously Aware (DIVA) Foundation, a 501(c)3 nonprofit, created as a living memorial to the many friends she lost to HIV/AIDS while a member of Dreamgirls.

Ralph is very comfortable balancing her life as a celebrity, activist and a Senator’s wife.

“The balance is all about being Sheryl Lee and I don’t really try to put on a different face for Philly. I try to show them who I really am and I dress to respect my husband’s office,” said Ralph.

Beyond the stage, Ralph and her husband Senator Hughes are also active locally in the fight against HIV/AIDS. They are fierce champions of Bebashi-Transition to Hope, a multi-purpose health and social services agency whose services include providing culturally sensitive health related information, services and technical assistance to reduce and eliminate HIV/AIDS. Ralph and Hughes both work together supporting many causes helping individuals and families in need in the Philadelphia region.

The senator is very proud to have Ralph as the leading lady in his life describing their relationship and love as a blessing.

Ralph shared some exclusive tidbits with The SUN. Her creative work of another kind is featured in the Smithsonian’s National Museum of African American History.

“Twenty-four years ago I developed a line of children’s clothing out of African fabric named after my son Etienne. The line was called Le Petit Etienne. It is in Smithsonian’s “New Use of an Ancient Textile” collection.

[Hughes and Ralph have four adult children. Two from her previous marriage and Senator Hughes has two children]

SUN: First, we love your Divas Simply Singing show in Philadelphia!
SLR: When it hits Philadelphia, something just happens! As long as we’ve been doing it in California, is one thing. But the success we had in Philadelphia just took it to another level in terms of people, their response and their awareness of the show and what we’re doing. Nothing about doing this work over the past 25 years has been easy. It has never been easy to raise the money. I didn’t do it because I thought it would be easy. I did it because I thought it had to be done. I lost too many friends and I did not want people thinking that they were terrible people. I wanted them to know that they were good people, kind people, somebody’s child, somebody’s son, somebody’s daughter, somebody’s sister and I wanted them to be remembered. That’s why I started this.
We are far more aware. And now my thoughts really go toward the young people. I can’t believe that after 35 years of this disease has circled back to the young people.

SUN: Was there ever a long stretch of time when you were unemployed in Hollywood?
SLR: There was a good five years after Moesha ended that it was just a dry spell. I said, “Oh Dear God!” I had two kids I had to put through college and school. It was very difficult. I had to do speaking engagements. I had to do whatever it was going to take to keep moving forward.

SUN: Do you feel the industry has changed for Black actresses in Hollywood? Do you feel there is more opportunity?
SLR: Looking at the younger ones…When I open the pages of Vogue, I see Gabrielle Union and Kerry Washington from Scandal. I see the Emmy nominations of Tracey Ellis Ross from Black-ish…when I see Taraji P. Henson and her character on Empire. I’m so happy that I am here to see this because all of these sisters are getting their shot. I remember a time when there were only one or two girls. It was myself and maybe Vanessa Williams. They [casting entities, directors] were like “OK maybe we’ll use them, you know the light one and the dark one.” When I see what I’m seeing right now, I know things have changed. They are changes for the better. It’s opening up. Should there be more? Absolutely. Will there be more? Yes, because there’s a Shonda Rhimes.

SUN: What film projects do you have coming out in 2017?
SLR: I just finished wrapping up filming Villa Capri [action comedy co-starring Tommy Lee Jones and Morgan Freeman]. It’s for a community 50 years of age and above. And, if you think young people are buck wild—whoo you aint seen nothing. It was a trip, but it was a good trip! It is coming out in the fall.
I also have Step Sisters coming out this Spring about the Divine 9.

SUN: What’s your secret to staying relevant in Hollywood?
SLR: You gotta stay up with what’s new, flow with the times and want to be part of it. I’m telling you I’ll be working until I’m 95.

SUN: Do you still keep in touch with your Dreamgirls co-stars?
SLR: Yep, we just did a Dreamgirls 35 celebration in California. [They performed to a sold-out show]

SUN: In addition to your career, how do you and Senator Vincent Hughes both keep it together?
SLR: We’ve been together for 15 years and married for 11. I live in California and commute to Philadelphia every two weeks.

Follow Sheryl Lee Ralph at sherylleeralph.com and on Twitter: @thesherylralph. Ralph will star in Wicked until April 2017 on Broadway at the Gershwin Theatre, 222 West 51st Street, New York, NY. For tickets visit www.wickedthemusical.com