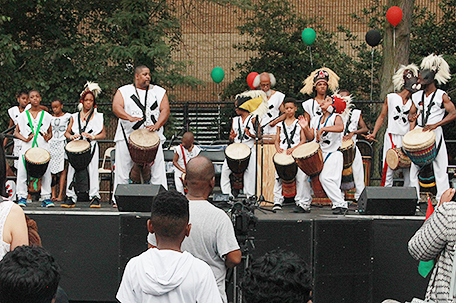 Saturday, June 17th marked the Juneteenth celebration held at the African American Museum of Philadelphia (AAMP) on 7th and Arch Streets.  For those who may be unfamiliar with this event or why Black Americans celebrate the date it marks the offical end of slavery.  According to http://www.juneteenth.com, on June 19th, 1865, Union soldiers, led by Major General Gordon Granger, landed at Galveston, Texas with news the civil war had ended and that the enslaved were now free.

Granted, this was also two years after President Lincoln signed the Emancipation Proclamation–the single most important document to Black Americans declaring slavery to be inhumane– but because there were few Union troops to deliver the message and legislation takes a while to become law.

152 years later, and we’re still experincing turmoil as Black Americans.  Saturday Juneteenth celebrations were marred by Friday’s breaking news that Philando Castille’s murderer would go free, yet another victim of  police brutality unchecked in American society.  Many Blacks feel jaded by the American judicial system, and rightfully so, as it was never designed to allow African Americans freedom in the first place. This is why freedom for many has existed in forms of Black liberation, community gatherings, and even art. 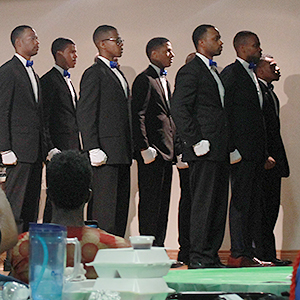 Black nationalists feel it is of paramount importance to come together as a collective, and to support each other through economic endeavors and education, while others feel it is best to keep their heads down and toe the line so as not to end up, as the subject of another heartbreaking headline.

Juneteenth helps Black Americans internalize freedom and celebrate what it has meant to be free in this country.  There was plenty of artistic expression shared as AAMP admitted attendees free of charge, and hosted a panel discussion of Black liberation and a ‘Back to Africa’ movement, as well as an open mic.

Outside in the PPA parking lot were many vendors, a stage for other musical performances and food vendors selling tasty and health- conscious vittles.  Prior to the other outdoor celebrations was a parade that lasted from noon until around 3p.m.  The weather was unpredictable, as scattered showers well into the evening, but spirits went undeterred and folks still enjoyed a time of remembrance, reflection, and regrouping.

While the celebration officially ended at 8p.m., an after- party entitled “IndigeniUs” was hosted at Futuristic Empressions in West Philadelphia, featuring Afro Caribbean music by DJ Reezey.  Being Black and proud was honored well into Monday evening as Juneteenth was officially celebrated June 19th.