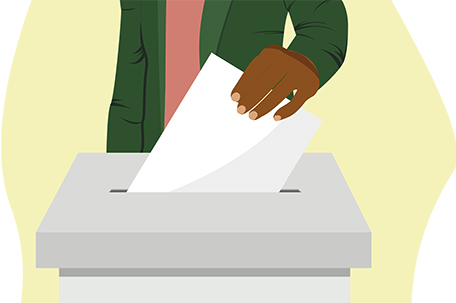 HARRISBURG, Pa.  — A judge last Friday rejected a bid by President Donald Trump’s campaign to force Philadelphia to allow campaign representatives to monitor people registering to vote or filling out mail-in ballots in election offices in a city repeatedly attacked by Trump as untrustworthy.

Judge Gary Glazer wrote in his 14-page opinion that Pennsylvania law does not allow such representatives to observe in election offices, a stance echoed by election lawyers, city officials and the state’s top elections official. The Trump campaign has not pursued lawsuits against six counties elsewhere in Pennsylvania that are also opening satellite election offices. The lawsuit comes as Trump claims he will lose the crucial battleground state of Pennsylvania only if Democrats cheat, and as he did in 2016’s campaign, suggests that the Democratic bastion of Philadelphia needs to be watched closely for election fraud.

Home to one in five registered Democratic voters in Pennsylvania, strong Democratic turnout in Philadelphia is expected to be crucial to the fortunes of the party’s presidential nominee, Joe Biden.

Trump’s campaign quickly appealed, saying the president is fighting for transparency, while Democrats declared victory in a case they have said amounts to another attempt by Trump’s campaign at voter intimidation and suppression.

“Today’s ruling makes clear, yet again, that the President’s wild claims don’t hold up in the court of law,” state Attorney General Josh Shapiro tweeted. “Voters can have confidence their voice will be heard in this election.”

Sen. Vincent Hughes, a Philadelphia Democrat, said Trump has no basis on which to claim there is voter fraud in the city.

“It’s a sign of a desperate candidate taking desperate measures, illegal measures, unconstitutional measures in an attempt to suppress votes and to win the election,” Hughes said.

“Philadelphia’s liberal officials are checking transparency and accountability at the door as they repeatedly and illegally deny Trump campaign observers access to voting locations across the city,” the campaign said in a statement. “What are they trying to hide?”

The Trump campaign filed the lawsuit last week, two days after Philadelphia opened seven satellite election offices, new creations deemed to be legal under state law by the state Supreme Court. There, people can register to vote, apply for a mail-in ballot, fill it out and turn it in.

Trump campaign employees promptly showed up at the offices, insisting they be allowed to go in and observe the activity inside. City election officials prevented them, although they did offer campaign representatives a tour to see how the offices operate.

In November’s presidential election, party officials are pressing to expand the 475,000-vote margin by which Democrat Hillary Clinton beat Trump in Philadelphia in 2016. That gap was slightly smaller than the historic margins produced for Barack Obama. Trump nevertheless won Pennsylvania, but barely, by just over 44,000 votes, or less than 1 percentage point, paving his path to the White House.

Philadelphia began opening the satellite election offices around the city to help collect what is expected to be an avalanche of mail-in ballots in the Nov. 3 presidential election. On Friday, it opened two more.

It is at least the second lawsuit filed in Pennsylvania by the Trump campaign, in an effort to expand poll watching rights and limit how counties can collect mail-in ballots and which mail-in ballots can be counted.