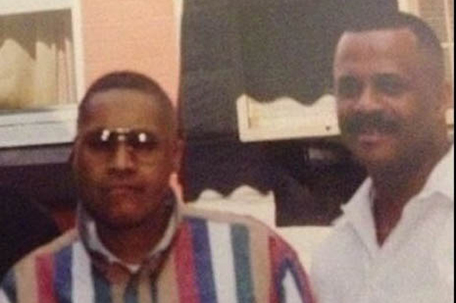 Joel Williams, the twin brother of Sheriff Jewell Williams of Philadelphia City & County, died of complications from a stroke this morning at Temple University hospital.  He was 59 years old.

Also known as Jamal Haddad, he returned to Philadelphia about three years ago after spending more than 30 years living in Flint, Michigan near his brother Lester.  There, he operated his own exterminating business and was very active in the Islamic community.
“Most people didn’t know I had a twin brother”, said Sheriff Williams.  “We were very close.  He was always smaller than me and I used to have to stick up for him all the time.  His nickname was ‘Peanut’, because he was so small. I was bigger, and they used to call me ‘Jelly’”.
Sheriff Williams, who was by his brother’s bedside at the time of his death, said his brother graduated from Benjamin Franklin High School and headed to Michigan shortly thereafter.
Joel, who was not married and had no children, was also a free-hand artist who could paint and do sketches extremely well.
“He was well known in the community,” said Sheriff Williams, “and was active and outspoken on issues he really cared about.  We used to have many conversations about community and cultural concerns.  I can’t describe how much I will miss him”.
Joel Williams leaves behind two brothers—Lester and Jewell Williams—and sisters Gloria Boyd and Sheler Robinson who reside in Philadelphia, and a host of nieces, nephews, cousins and friends.
Funeral services have yet to be arranged.