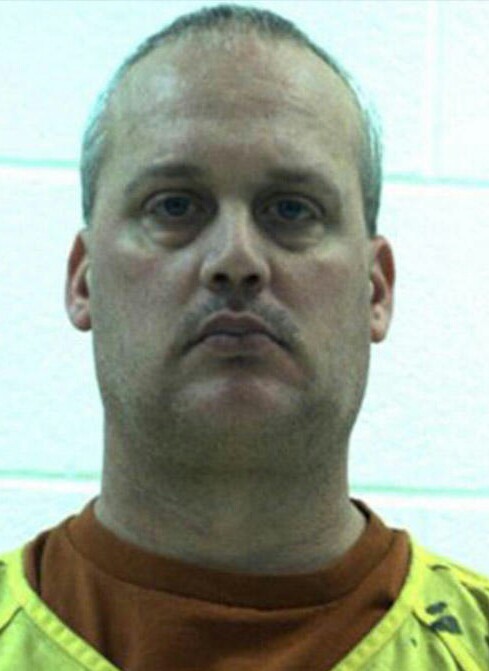 One of Jerry Sandusky’s sons was charged Monday with sex crimes involving two girls, more than five years after the former Penn State assistant coach was himself first arrested on child molestation charges.

Jeffrey S. Sandusky, 41, was charged by state police and arraigned by a district judge in Bellefonte on 14 counts. He was jailed on $200,000 bail.

Sandusky was a stalwart supporter of his father and accompanied his mother, Dottie, to many of his court proceedings. On Monday, Dottie accompanied Jeffrey Sandusky to his.

Police accused him of soliciting naked photos from a then-16-year-old girl last year and seeking oral sex in 2013 from her then-15-year-old sister.

His defense lawyer, Lance Marshall, declined to comment on the allegations.

“All children have a right to be safe,” said Centre County District Attorney Stacy Parks Miller. “We will prosecute this case as aggressively as we do all child abuse cases.”

Miller said Sandusky talked to investigators. “He made statements,” Miller said. “I wouldn’t classify them necessarily as directly inculpatory, but I don’t think they helped him much.”

Sandusky was charged with solicitation of statutory sexual assault, solicitation of involuntary deviate sexual intercourse, six counts of unlawful contact with a minor and two counts each of solicitation to photograph or depict sexual acts, sexual abuse of children and corruption of minors.

A state trooper said in the arrest affidavit that on Nov. 21, the alleged victims’ father turned over to investigators text messages from Sandusky in which he asked one of the girls for nude photographs.

The affidavit said Sandusky told the alleged victim in texts in March that “it’s not weird because he studied medicine” and instructed her “to not show these texts to anyone.”

The girl’s mother told investigators that when she confronted Sandusky, he told her “he knows it was wrong and inappropriate,” police said.

The girl, called “Victim 1” in the affidavit, told police the texts made her uncomfortable and that “he kept pressuring me and asked me multiple times not to show the texts to anyone,” police said.

Prosecutors allege Jeffrey Sandusky sought oral sex from a second girl, “Victim 2,” in 2013. She was 15 years old at the time.

“Victim 2” told investigators that Jeffrey Sandusky told her in March: “I can’t even say anything except I’m sorry.”

Jerry Sandusky, who adopted Jeffrey Sandusky and five other children, is serving a lengthy prison sentence for sexual abuse of 10 boys.

The state Corrections Department said that because of the charges, Jeffrey Sandusky was suspended without pay Monday from employment as a corrections officer at Rockview State Prison, near State College. He had been hired in August 2015.